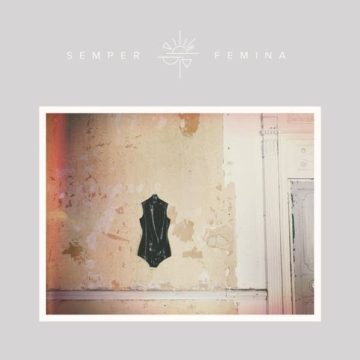 The title of Laura Marling’s latest album, Semper Femina, is Latin for “Always a Woman”.   She has described it as “an exploration of modern femininity”, and the British folk singer holds true to this belief. On this album, Marling dispenses with male pronouns, explores the complex relationships between women, and does so successfully, filling the album with striking observations on the psychology of female friendship. This album is a testament to Marling’s evolution as a female singer/songwriter.

Marling emerged in the late 2000s out of London’s Communion scene, a realist romantic with an obvious heart-on-sleeve mentality. Since then she has evolved; becoming more deadpan and mystic, only revealing enough of her soul to keep one hanging on every word, desperate to discover more. Now, she sets out to renounce music of “innocent creativity”, the kind that’s “not pointed, not political”.

The music is much like Marling’s previous releases. The instrumentals are spare, often just folk guitar, bass, percussion, and occasional string arrangements. This sparseness allows Marling’s deep and melancholy voice to be heard, along with her weighted lyrics, which are the most important feature to this album. “Always This Way” is a stunning track that laments a friendship cut short without explanation. The lyrics are simple and cause sorrowful soul-searching: “Twenty-five years and nothing to show for it/Nothing of any weight”, Marling croons over relaxed guitar riffs and woeful strings.

Marling created a beautiful magnum opus full of pointed observations on female friendship. It won’t be the anthem of the women’s marches, and it won’t force any self-proclaimed feminist pop stars to re-examine themselves.  It is soothing, like Laura says.

The Spill Magazine is a Toronto-based online publication dedicated to covering the independent music scene with a strong focus on our thriving hometown talent. Our writers bring you up-to-date news, in-depth features on musicians and reviews for the latest CD releases. We also travel to the front lines for all local festivals including Canadian Music Week and North by Northeast. Don’t forget to check out our Facebook and Twitter pages for all daily Spill updates.
RELATED ARTICLES
album reviewskobalt music grouplaura marling
9.0