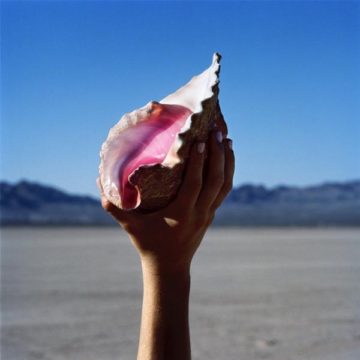 Wonderful Wonderful is The Killers’ fifth studio album, and their first in five years (Battle Born was released in 2012) . That does not mean they have not been busy during that time: there have been a couple of tours, Christmas singles and many solo efforts. Brandon Flowers (lead vocalist and keyboards) released his second, hugely successful solo album, The Desired Effect in 2015; Mark Stoermer (bass) released his second solo album, 2016’s Dark Arts; Ronnie Vannucci Jr. (drummer) released his second solo project with his band Big Talk, Straight In No Kissin’ in 2015; and guitarist Dave Keuning guested on many recordings during that time. As good as those projects are those records are no substitutes for The Killers.

This is a brilliant band who has matured a great deal since their debut album in 2004, Hot Fuss. They have taken the time and advantages to learn and develop into a tight, talented, influential band. Wonderful Wonderful continues in that vein. Yes, it sounds like The Killers, but it is much more than Battle Born Part Two.

For this album, The Killers recorded in their own studio with the Irish producer Jacknife Lee producing. Lee has worked with U2, Kodaline, Jake Bugg, Neil Diamond and Snow Patrol to name just a few. Some of the album was recorded at his studio as well. Lee knows how to produce this band. He has brought out everything that is great about The Killers, the soaring melodies, the arrangements and the intricate layered sounds found throughout. Brilliant production.

The Killers have worked with several artists in the past, on Wonderful Wonderful Alex Cameron guests and co-writes a few songs, including the second single release from the album “Run For Cover”, a brilliant energetic song that brings to mind Hot Fuss. Here The Killers are a bit more jaded and not as full of fight as they were in 2004. Cameron is an excellent choice for The Killers to work with as he is one of the finest lyricists in music today. Also making a guest appearance is Mark Knopfler, who shows off his guitar playing on “Have All The Songs Been Written?”. The Killers have covered “Romeo and Juliet” in the past, and here they have the opportunity for Knopfler to add texture and sounds not found on previous Killers’ albums.

Flowers’ voice is strong and distinctive, and the ability to co-write brings out the best in him. Listen to the song “Rut”. Here Flowers expresses himself expertly and movingly. “I’ve done my best dancing, but the punches are starting to land. I’m sliding into something you won’t understand. Don’t give up on me, ‘Cause I am just in a rut.” Very powerful and honest stuff. He has always been honest, but here it is raw, and to the bone, and the music accompanying such lyrics is stunning.

There is a deluxe version available of the album which features two remixes of “The Man”, the first single issued from the album, but also “Money on Straight”, which is the only song that is written by all four members of The Killers. It is a remarkable song, beautiful and heartbreaking, and I have to wonder why it is a ‘bonus’ cut instead of part of the album as it is clearly a highlight.

Wonderful Wonderful is a wonderful album (I had to do it just once). It is a strong, consistent album, lacking filler, and just presenting the best of the best. The Killers have never disappointed, and here they raised the bar just a little bit more. They also show why they are head and shoulders above many other bands from the 2000s.

Born and raised in Whitby, Aaron discovered music through his love of The Beatles. This led to a career in radio, writing for various publications, and ultimately a radio show about The Beatles (Beatles Universe), which ran for over four years. When not immersed in music, Aaron enjoys spending time with the loves of his life -- his wife Andrea, and daughters Emily and Linda (all of whom have an intense love of music too).
RELATED ARTICLES
album reviewsisland recordsrun for cover
10