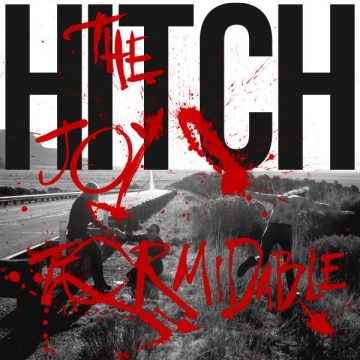 Eccentric, captivating, and calming all at the same time – Hitch gives you a taste of what it’s like behind the scenes with The Joy Formidable. The trio spawned from North Wales just over a decade ago, broke into the mainstream with the 2011 release of The Big Roar, and have been fiercely climbing the charts ever since.

Ritzy Bryan, Rhydian Dafydd, and Matthew James Thomas had been on the road for years before the making of this album, so you can only imagine how relieving it was to record it in the comfort of Bryan’s childhood home. While taking their music back to North Wales for this album may have been amazing, it is not a record without any struggle. However, the struggle is not what really shines through when you listen to it; what does is the triumph that comes from the struggle. Bryan and Dafydd broke up after a seven-year relationship that withstood years of touring and three albums, but that didn’t take the toll on the band that most thought it would. Neither did their other strug-gles with changing labels and management, and that’s what Hitch is all about. They didn’t let any of that get to them, they unhitched from what everyone expected, and they came out better than ever.

The home studio brought a lot to the album sonically and the intro to the track “The Last Thing on My Mind” can not go without mention. Acting as a prelude to one of the album’s key tracks, the band added about 30 seconds of studio banter. While to many, that may seem just unnecessary and some may even say that it takes away from the track, but it gives a life to the album that cannot be represented through song. It gives you a little taste of what happens in the studio, and at the same time makes listeners feel more involved, humanizing the band.

Aside from the method to the music, this is a record that is unrestricted to a single emo-tion, or mood. If you have a half hour to spare, it’s definitely worth sitting down, putting in your headphones and giving it your full, undivided attention. From start to finish, it goes from tom-heavy drum lines, to soft harmonies, back to speedy guitar riffs, and of course is not lacking Dafydd’s catchy bass lines. While you wouldn’t quite catch it as much not having listened to the album from start to finish, it almost feels as if there’s a song for every part of the day.

The album starter, “A Second in White,” would be a terrific song to wake up to. Bryan’s soft voice, mixed with subtly heavy electric guitar and a somewhat orchestral feel, actu-ally makes the song feel more like an intro than anything. “Radio Of Lips” follows up like a cup of coffee, with uplifting, catchy guitar and bass riffs over top of that tom-heavy gui-tar leading into Bryan’s oh-so-powerful voice.

One thing that’s always been refreshing about The Joy Formidable is that not one sonic aspect overpowers the other, while all remain independently pleasing to the ear. You even get double the fun at some parts, but any fan of The Joy Formidable was already expecting that coming into the record.

Once you come up to the halfway mark in the track listing, you think you know what to expect after what you’ve heard thus far, but that’s not what you get. “Liana” actually peaks the middle of the album, because while it is an acoustic ballad, about halfway through, the deep electric guitar kicks the energy back up and gets that head bobbing again. Steering clear of spoiling the entire album, the final track comes back full circle to a dreamy, soft, acoustic track, “Don’t Let Me Know,” that puts you right back to sleep.

It’s a musical journey worth taking, so hitch yourself to a pair of headphones and dive in. With a track listing that seems as if it was planned out at every inch, the record has a largely live feel to it as well. It’s a truly triumphant record for The Joy Formidable, and there’s no doubt that listeners will receive it as such.

Music makes the worst situations bearable and the best situations even better. I'm just here to share the inside scoop and anything you may have missed, while I establish my own voice in the industry. Born and raised in Ottawa, I never go anywhere without a set of headphones. Live music has been my vice for as long as I can remember and sharing stage side stories is a major bonus.
RELATED ARTICLES
cadence musichitchthe joy formidable