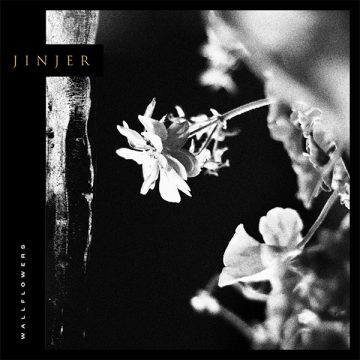 When looking at metal bands in the scene currently, some float to the top of the pool almost instantaneously. Jinjer is one of them. One of the hardest working bands in the scene, Jinjer has worked undoubtedly hard to earn the notoriety they possess in the industry today. In 2012, Jinjer broke on to the scene with Inhale, Don’t Breathe, where they managed to grab the attention of Eastern Europe with its intense melodic blend of post-hardcore, death, progressive, and nu-metal genres.

Now the band’s fame has gone nationwide, appealing to more than just their European fanbase, releasing three more albums within their esteemed careers. Now the band is back with new full-release Wallflowers via Napalm Records. Proving once again that they can’t be pigeonholed by offering a surprisingly tranquil delve into their multi-faceted sound, Jinjer is coming in full force and taking no prisoners.

One of the gems that stands out within Wallflowers is “Vortex”, a moment within the album that is loaded with canorous vocal and melodic progressive guitar grit. It is a track that picks up where we left off sound-wise from its predecessor but shows that Jinjer has grown instrumentally and lyrically.

Another raw and heavy moment on the album is “Pearls And Swine”, an energetic and punchy track that effectively blends its cleans and growls with its instrumental density, it is a perfect artistic expression that shows just how talented this band is.

“As I Boil Ice” is by far one of the best finishing touches on Wallflowers. A remarkable display of unclean vocal control, euphonious cleans, and instrumental technique, it’s a track that many will replay after it’s finished.

Wallflowers is an album of live atmospheric proportions. Consistently exciting and engaging throughout, Jinjer has given us another album that is beautifully crafted genre-wise and lyrically. An album that is enjoyable for old fans and new, Wallflowers is that and then some. While some might say it is a bit repetitious at some points, it’s not enough to hold against the album as there is plenty of creative instrumentalism to keep things interesting. Wallflowers is not a risk-taker of an album, but it doesn’t have to be. If that is what many are looking for on this album, then maybe skip this. If you are just looking for just an enjoyable listening experience, definitely give this a go.