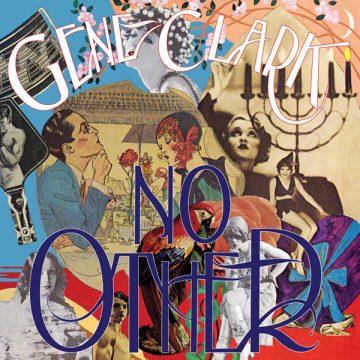 4AD has remastered late American singer/songwriter Gene Clark’s 1974 solo album No Other. But the question is, did they really need to?

Every instrument originally used can be heard on the remastered album, and when I say every instrument, I mean EVERY instrument. What you can find more often than not in today’s recordings is that instruments often overpower each other whether it be because of poor mixing or as an “artistic choice”, but here, the tracks are mixed to perfection. You can really tell that this is the result of hard work and determination to get someone’s vision into a tangible medium.

The album is absolutely a product of its time. The tracklist is full of very generic country rock. This wasn’t generic at the original time of recording, but as time passed, others tried to copy Clark — the best — to be the best, which buried his music along with the other hundreds of musicians trying to do what he did.

The overall vibe of this remastered album is very relaxed. This is the type of music you’d play in the background of family get together. The pacing of these songs is very mellow, so much so, it might put you to sleep.

In short, this album isn’t going to blow your mind. Gene Clark does what he does best which is sounding like that song on the radio you liked but you can’t remember the name of. Now this doesn’t mean the album is bad. If you’re in the mood to mellow out and read a book, this album is perfect.

The Spill Magazine is a Toronto-based online publication dedicated to covering the independent music scene with a strong focus on our thriving hometown talent. Our writers bring you up-to-date news, in-depth features on musicians and reviews for the latest CD releases. We also travel to the front lines for all local festivals including Canadian Music Week and North by Northeast. Don’t forget to check out our Facebook and Twitter pages for all daily Spill updates.
RELATED ARTICLES
4adalbum reviewalbum reviews

by Dan Kennard on October 9, 2020
Future Islands As Long As You Are 4AD Nearly three years after releasing The Far Field (2017) and six years after their breakout album Singles (2014), Future Islands have returned with another beautiful new wave synth-pop album called As Long As [...]
10

by Ryan Sagadore on August 21, 2020
The Lemon Twigs Songs For The General Public 4AD Returning after their previous release, ambitious rock opera Go to School, Long Island brothers Michael and Brian D’Addario get back to the basics with more straight-ahead pop songs. Songs for the [...]