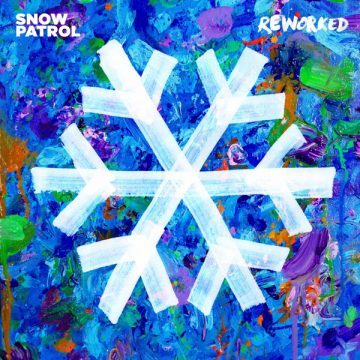 Snow Patrol’s latest release, Reworked, is just that. It is a collection of reworked classics, in essence much different and many better in some ways.

“Chocolate” is a classic which we all loved as kids. The new version has a quiet, almost country acoustic sound that conveys pain and a maturity that the original pub anthem could not so many years ago.  “Crack the Shutters” also goes from a big old sound to a Lo Fi, almost electronic sound with distorted vocals and a Casio keyboard. Old classic, “Chasing Cars”, a song that was not my favorite in the old days, is so much better, stripped down to just the simplest of melodies. It is almost of a soundtrack quality that builds and builds suspense, instead a full-on stadium hit.

This is not a fan favourite album but is actually more experimental. They are really embracing their catalogue while at the same time moving into a future direction. It is pretty refreshing, and this top 40 radio band changes its stripes on songs that could live on in their present form.  As well, there are three new songs; the Jazzy downtempo “Time Won’t Go Slowly”, in my opinion the most daring of the three, which is more Frank Ocean than Frank Sinatra (both cited inspirations for the song).  The song is a nice R&B jam that I did not expect, and is a in style I would love to see them continue to experiment with in the future.

Ex-pat living in Geneva, Switzerland from the hard streets of Baltimore, Maryland. Ex-radio-monkey and avid listener of all things that are supposed to be cool.
RELATED ARTICLES
album reviewalbum reviewscrack the shutters
8.0