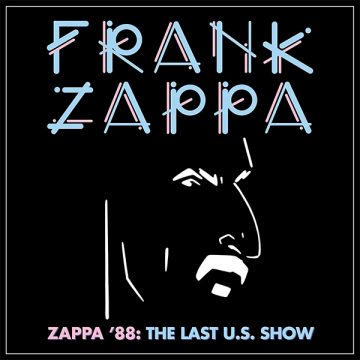 What can you say about Zappa that hasn’t been said before. He was a genius, an innovator, one of the best guitarists ever to grace the planet, funny, and passionate about what he was doing. He was also a prolific artist, releasing over 60 albums in his lifetime, and preparing a further 55 to be released after his death. And those numbers do not include compilations. So, I certainly cannot add anything new about Zappa, but that is fine, as this is a review of yet another release.

This is a special release as it is the last concert Zappa performed in the U.S. Recorded at Nassau Coliseum in Uniondale, NY, and  utilizing his then current touring band, Zappa had no idea that this would be his last performance in the US, as he passed away in 1993. This is important because for Zappa, this is just another show. It was the end of the tour but, again, he had no intention of retiring, so he does not regard the show as anything exceptional, however it was. Opening with information about the voter registration tables at the show, and ending with Zappa’s take on “America The Beautiful”, and featuring some very powerful vocals from rhythm guitarist and synth player Ike Willis, one might see what Zappa was all about. He had hope for America, and was trying to get that message across.

In between the classics are here, such as “The Torture Never Stops” (split into two parts), “Peaches En Regalia”, “City of Tiny Lights”, “Who Needs The Peace Corps”, “Pound For A Brown” and “Dickie’s Such An Asshole”. But there are some surprises, such as “The Beatles Medley”, where Beatles favorites are performed with Zappa changing the lyrics to reflect the then current sex scandal of evangelist Jimmy Swaggart.  Beatles fans may bristle at the lyric changes but it is quite funny. He later he does a very straight version of “I Am The Walrus”. There is also a rather amusing version of “Stairway To Heaven ” that is well worth the admission.

Zappa also performs a couple of songs that were debuted during that tour, “Jesus Thinks You’re A Jerk” and the incredible “When The Lie’s So Big”. And to top it all off, there are some classical pieces that Zappa usually performed to expose the audience to some of the classical composers. One of the highlights is “Royal March From ‘L’Histoire Du Soldat’” by Stravinsky. In Zappa’s world, all of this made sense and worked very well together.

And he was correct. Zappa’s concerts were never boring. Having seen him live twice, this album reminded me of how much I enjoyed those shows and how one never knew what was coming next. He was personable live and he created a rather intimate atmosphere in his stadium shows long before Bono was given that credit.

Zappa was a remarkable artist and Zappa ‘88: The Last U.S. Show goes a long way to support that argument. This is a brilliant live album which is well put together. Zappa never released subpar material and I have no doubt he would be proud of what his son, Ahmet, and Zappa archivist Joe Travers have put together here. What is surprising is that it has taken this long to finally be released. Zappa ‘88: The Last U.S. Show is finally in stores and serves as an excellent reminder as to why we still need Zappa and his art.

Born and raised in Whitby, Aaron discovered music through his love of The Beatles. This led to a career in radio, writing for various publications, and ultimately a radio show about The Beatles (Beatles Universe), which ran for over four years. When not immersed in music, Aaron enjoys spending time with the loves of his life -- his wife Andrea, and daughters Emily and Linda (all of whom have an intense love of music too).
RELATED ARTICLES
album reviewalbum reviewsfrank zappa
10