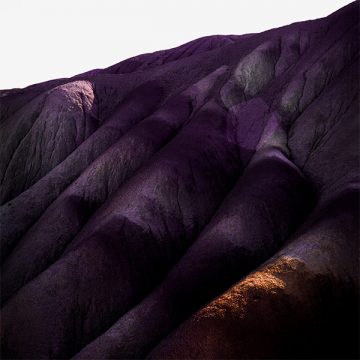 It was only three years ago, in this very publication, that Belgium’s Whispering Sons were heralded as being the future of post-punk. This summer’s release of Several Others, their first full-length album since 2018’s Image, sees the band living up to the prophecy.

Moving on from early comparisons to 1980s post-punk outfits, Whispering Sons continue to grow their sound. With a propulsive rhythm section, guitars and synths creating artistic struggle, and the existential words of deep-voiced front woman Fenne Kuppens, this band is a solid, cohesive unit.

Several Others is a darkly hypnotic album. The leadoff song, “Dead End” comes in hot, with bass and drums locked in, setting the groundwork for the vocal and instrumental layering which follow. Kuppens’ words, which set the tone for this collection, lay down dark images of death and alienation.

Each song on Several Others is crafted so completely. The content is new, but the sounds reference music from times past, giving these songs an instantly familiar quality. Standout tracks include “Vision”, with its intense dynamic build, and “Screens” which sets pensive melodic poetry against jarring industrial effects. The latter tune would not be out of place at the end of your favourite post-apocalyptic movie, as the credits roll by.

In large part, the appeal of Several Others relates to the delicacy of Kuppens’ vocals, which contrasts with the driving instrumentation, and draws the listener in. The subject matter may be heavy, but it’s not all doom and gloom. This album is for everyone. The songs on Several Others wend their way into the memory, scorching the sonic landscape, and planting little earworms as they go. This is music to understand the world by. Go get it.

Bryan Williston has been involved in music since he was a young child. A veteran singer, songwriter, and music educator, Bryan has enjoyed playing a multitude of musical genres in a variety of outfits, over the years. Bryan lives in Whitby, Ontario.
RELATED ARTICLES
album reviewalbum reviewsheat
9.0