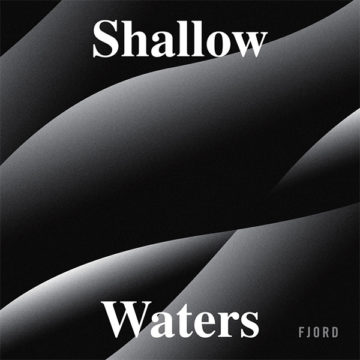 The context in which we encounter something plays a significant role in our experience of it, a phenomenon which is particularly the case when it comes to music. Given the flexibility of the artform to cater to an endless variety of settings and ambiances, the question is as much whether the music is appropriate for the context as it is whether the context is appropriate for the music. It’s why sipping on a beer with Cannibal Corpse’s “Hammer Smashed Face” blaring in the background seems a little jarring in the trendy, upscale restaurant and much more appropriate in your alcoholic uncle’s car workshop.

Quebec hailing electronic duo Fjord live and die by their music’s relationship to its context. When the vibe is just right, the lights are set at the right dimness, and environment barely comfortable enough to let you relax without falling asleep, their music’s lush tones and gentle beats can send you through the depths of your own sensitivity without any friction. However, outside of a context that matches the frequency and pace of Fjord’s craftmanship, their music can seem unremarkable and flat.

This isn’t helped by the simple and often cliché lyricism that are carried by the ubiquitous filtered vocals in Fjord’s tracks, though their expression does at the same time seem meaningful and sincere. It’s rather a lack of creativity rather than the inspiration itself that seems to be lacking in this regard, as well as throughout their music in general.

Fjord’s recent release, the EP Shallow Waters, continues in the footsteps of their previous music in this regard. While tracks “If I Was To Call” and “Pools” demonstrate the potential of the duo’s artistry through well produced, layered tracks whose atmospheres are deeply immersive and in some ways transcend their music’s usual pitfalls, the EP as a whole demands an appropriate setting in order to be a worthwhile listen. The record is typified in this sense by its lead single, “Lay Down Your Veil”, which simultaneously excels in catering to the context that all Fjord’s music seems to cater to, while failing to be at all remarkable or noteworthy outside thereof.

Shallow Waters, then, is best appreciated interspersed throughout your relaxed electronica playlists, rather than through an attentive listen or alongside a high-octane workout. Like most good things, there is a right time and place for Fjord’s music. Unfortunately, their music (as well as this record) are fairly inflexible as to when or where that might be

Based in Montreal but raised across Western Europe, Andrew feels at home both everywhere and nowhere. Having picked up the piano at age four, he has since gone on to add clarinet, saxophone and guitar to his musical arsenal. As well as crafting music, Andrew spends a lot of time listening both at home and in live contexts. Rather than focusing on a particular style or calibre of artist, he is keen to explore music of any shape or size. Outside music, Andrew's passions lie in philosophical writing, visual art and sharing positivity with the world around him.
RELATED ARTICLES
album reviewalbum reviewscarpark records
8.0