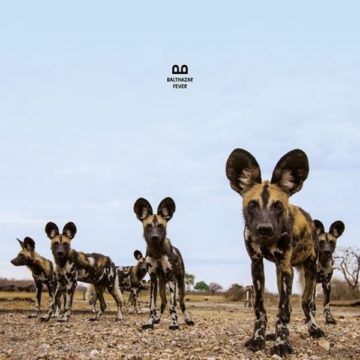 With the release of their fourth album, Fever, on the horizon, Balthazar seeks to broaden their creativity and crank up the dial to an already strong discography. Previous members, Simon Casier and Michiel Balcaen, with the addition of Tijs Delbeke, build a strong case for why they’re among the most versatile indie-pop bands of the century.

Fever, set to be released in early 2019, is a compilation of songs that continue to explore the reminiscent moodiness of Balthazar’s previous albums, while implementing fun and zany musical qualities that add a nice touch to what fans already know. The album hits some home runs with songs like “Entertainment” and “Wrong Vibration” that lean into upbeat tempos and groovy instrumentation, but not all songs leave that same impact.

A couple of songs, although with hints of promise, are lackluster and offer little additional value to the album as a whole. “Rollercoaster” is a prime example of the album’s low point, as it seems to fill space rather than capture an audience’s interest. Even so, Fever is a bold, fresh take for the band, driven by funky bass lines and sensual grooves.

The album offers songs with a timeless quality that will appeal to fans of the genre and casual listeners alike. Balthazar creates another wondrous album without rehashing their previous releases, and that is an applaudable task.

Joseph Dominguez resides in a small-town from Southern California. In 2018, he received a Bachelor’s Degree in psychology from San Diego State University. Here is where he broadened his love for music and writing. He took these strengthened bonds back to his hometown, where he plays drums in a band, writes music journalism and fiction, and exercises his love for pop culture.
RELATED ARTICLES
album reviewalbum reviews[pias] recordings
7.0