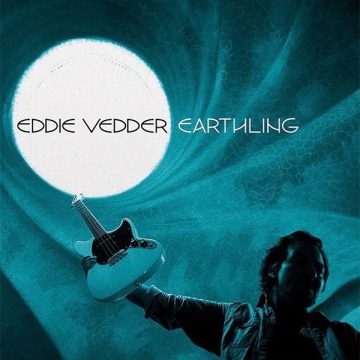 Best known for his work for Pearl Jam, Eddie Vedder’s solo work has achieved a level of cult status with each release being revered by fans and critics alike. For his major album return – his first full-length since 2011’s Ukulele Songs, but also following a 2020 EP, Matter Of Time, and a 2021 collaborative soundtrack with Glen Hansard and Cat Power, Flag Day – Vedder has teamed up with producer Andrew Watt (Ozzy Osbourne, Justin Bieber, Miley Cyrus, Elton John) for Earthling. In addition to Watt, the album also features performances from Stevie Wonder, Elton John, Chad Smith, Ringo Starr, and Josh Klinghoffer.

Following a slow buildup of acoustic guitars and drums, Earthling opens with the Vedder’s soaring vocals on “Invincible”. While on the surface, this may seem like an odd choice to open the album, “Invincible” does a fantastic job of setting the tone for Vedder’s latest solo outing. This is not the grunge spokesperson nor the acoustic crooner, but rather Vedder has taken on a timeless quality on Earthling. This is further demonstrated by the following track, “Power Of Right”, a hard hitting rocker that teeters on Vedder’s ‘90s roots before diving into a wide open chorus, sharing more in common with some of his biggest influences from the ‘70s. The explosive track provides a great contrast to the acoustic opener and together, the two tracks capture the scope Earthling, depicting an album that is purely about Vedder stretching his creativity in a context outside of Pearl Jam.

Vedder seems to dance between these two styles with each song on Earthling. In some sense, Earthling sounds as if it could have been a lost record from Tom Petty And The Heartbreakers or Neil Young And Crazy Horse. Songs like “Long Way” sounds as if it belongs on Petty’s seminal Damn The Torpedoes while “The Haves” may be Vedder at his most soulful since “Just Breathe”. On the other hand, there seems to be just enough overdriven guitars to tie the record to rock pioneers of the likes of The Who while also acting as a stylistic extension to Pearl Jam’s 2020 album, Gigaton through songs like “Brother The Cloud”, “The Dark”. Additional highlights include the absolute punk driven, sledgehammer to the side of the head, “Good And Evil” the hard-hitting “Rose Of Jericho”. It is this contrast in tone and style that makes Earthling a thoroughly enjoyable record.

Tasteful, sophisticated, and soulful. Vedder sounds revitalized on what very well may be his most creatively-charged album in years. In this regard, Earthling is a breathtaking record that is a definite highlight among Vedder’s illustrious career. Without a doubt, Earthling is among Vedder’s strongest artistic statements and should excite fans for where he will go next as a solo artist and with Pearl Jam.