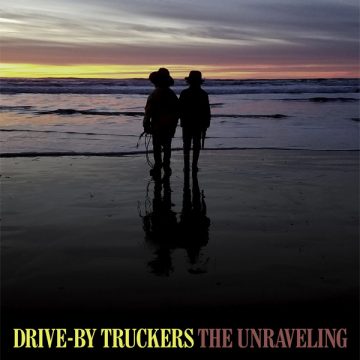 This is the twelfth album by southern country rock band Drive By Truckers. They are one of the hardest working bands on the circuit with a devoted following and hit the road to deliver their blend of emotional, heartfelt southern style. Their sound translates strongly to the stage, however they haven’t yet been able to translate that into significant chart success.

Although there have been a few lineup changes over the years, co-founding singer/songwriter/guitarists Mike Cooley and Patterson Hood remain and so the band’s sound retains the flavour of earlier work. The cover for this album is evocative, it is almost worth buying the vinyl version for the cover alone.

One may hear a touch of Bruce Springsteen in places, and it starts off on a great footing with “Rosemary with a Bible and a Gun”. You can tell here that this is a band that absolutely has developed its style live through years of playing, the sense of a live performance is there in the recording.

“Slow Ride Argument” and “21st Century USA” are another couple of standouts, lyrically strong, emotional, and from the heart. The lyrics are often political, touching on the rise of the destructive nature of US white supremacists and the violence they bring.

If there is a downside it is that the album is sometimes stuck in a groove and lacks variety, but with those standout tracks there is a lot there that will lead to a top 20 breakthrough that would be much deserved.

The late, great, Terry Pratchett wrote of music with rocks in it, just maybe this is what he had in mind.