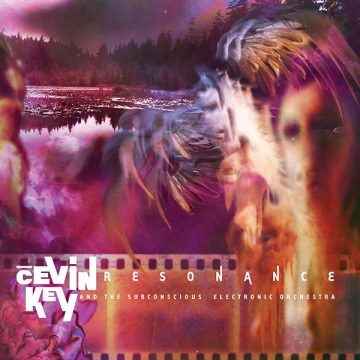 The album consists of 12 electronic tracks, some instrumental and some with vocals or music accompaniment provided by individual members of the Subconscious Electronic Orchestra (a list of guests that includes the likes of Edward KaSpel of the Legendary Pink Dots and The Tear Garden – a collaboration between Key and KaSpel – and eight others), and was recorded at Vancouver’s Subconscious Studios.

There is definitely no denying a similarity to Skinny Puppy’s sound, particularly on the intro to “Thirteen” and “Orange Dragonfly”, as well as in his use of samples, which comes as no surprise, considering Key’s being one of the band’s cofounders. However, this album definitely has his own stylistic spin.

Stand-out tracks include “Anger is an Acid”, featuring the haunting vocals of IAMX (Sneaker Pimps’ vocalist Chris Corner……wow, what vocal range…) laid down over a slow, deliberate, electronic soundscape and “Night Flower”, which has KaSpel taking the lead on a song that has a deliberate melancholy feel, which is improved by the vocal effects.

Overall, the album reminds me of somewhat of a collaboration between a modern-day Hunter S. Thompson and Dr. Timothy Leary might yield. There are definite psychedelic overtures, but certainly not on every song. A unique effort that only Key could produce.

Kathy Nichols, from the land of cheese and beer, has been writing off and on since elementary school. Her passions include hugging trees and trying to make a positive difference in the world, to which end she completed a degree in Mass Communications coupled with Environmental Science. Kathy appreciates all types of music, mainly industrial and punk and the like (especially bands who use their fame and fortune to try to make social or political statements), but with a little bit of Beastie Boys and Billie Holiday thrown in to switch things up a bit. She is the owner and CEO of www.industrialstrengthpublicity.com and enjoys long walks on the beach and (skinny) puppies.
RELATED ARTICLES
!bang elektronikaalbum reviewalbum reviews