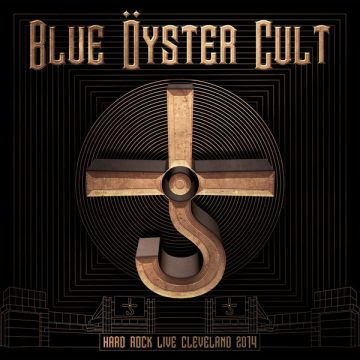 Hard Rock Cleveland – 2014 is Blue Oyster Cult’s sixth live album and it is their most recently recorded show. It is an interesting album, as it is very raw and very live. To my ears nothing has been fixed. Recorded on October 17, 2014 at The Hard Rock in Cleveland, you get the band as they played that night. In terms of sound, it is not the best sounding live album but the playing and energy more than make up for that.

This is a tight unit playing hard, not simply going through the motions. Instead, they sound young and hungry and as if they have something to prove. The hits are here, including “(Don’t Fear) The Reaper”, “Godzilla”, “Burnin’ For You”, plus some deeper album cuts, such as “Hot Rats To Hell” from Tyranny and Mutation and “Buck’s Boogie” from On Your Feet Or On Your Knees. As with most live albums, these versions are not better than the original studio recordings, but they are energetic and Blue Oyster Cult, at least on this show, rock. They pull out all the stops.

Fans will enjoy having this album as part of their collection. It may not add much to the catalogue but it is an interesting artifact of a specific time in the band’s history.