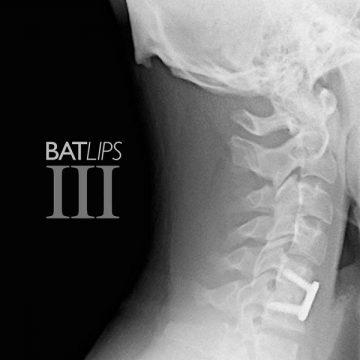 Having released Bat Lips II in 2019, the Austin-based metal outfit Bat Lips have returned. For their third, the trio has released the three-song EP Bat Lips III, a brutal tour de force of alternative metal.

Bat Lips III opens with “Cybertooth”, a blistering song fuelled by throaty screams and winding passages that feel inspired by a unique blend of classic thrash metal and ‘90s alternative rock of the likes of Faith No More. The song is further aided by a dive-bombing solo in the tone of Dimebag Darrell and a shifting pulse that dips into a half-time feel, adding a sense of momentum.

The EP continues with the lead single, “Subway Splatter”. Largely more melodic than the previous song – particularly the verse and pre-chorus – “Subway Splatter” showcases a level of range in Bat Lip’s songwriting. Lead by crunching guitars, a distorted bass riff, and drums that snap hard, “Subway Splatter” is a far more modern sounding track until the band break ins into a double-time, shredding guitar solo, nostalgic for Megadeth. The album comes to a close with “Transmission From Our Mistress Scepter”, a song with a far more alternative take on modern metal, making it truly unique to Bat Lips. It is a hard-hitting, sludgy, and abrasive track that continues to build on the unique brand of songwriting and performance behind Bat Lips III.

Clocking in at just over twelve-and-a-half minutes, Bat Lips III is an absolute ripper of a record that pulls from several artists, eras, and subgenres of metal for inspiration. As a result, Bat Lips continue to build a unique sound for themselves as an underground, alternative metal band that should be considered a sensation among their scene.

A passion for music has always been a part of Gerrod’s life. As a young boy, he was raised on a steady diet of the music from The Chili Peppers, Aerosmith, The Stones, Prince, and others from his mum. Raised in the GTA, Gerrod continued to foster his love for music by attending a wide range of concerts and learning the drums. His unapologetic passion for music has no bounds and has spread to a wide variety of styles, whether it be the 90’s rock that sound tracked his teenage years, the jazz he studied in university, or his newfound love for hip-hop. He recently received his bachelors in music and education from York University and is passionate about writing and reviewing good (and less than good) music. Gerrod is also the drummer and songwriter for a Toronto based rock & roll band, One In The Chamber.
RELATED ARTICLES
album reviewalbum reviewsbat lips
9.0