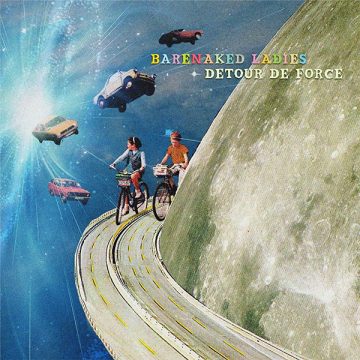 Barenaked Ladies have been a consistent force since their beginnings in 1988, with the initial duet of friends Ed Robertson and Steven Page. With the current lineup of Robertson, Jim Creeggan, Tyler Stewart and Kevin Hearn, Barenaked Ladies bring us their 16th studio album Detour de Force.

After multiple JUNO award winnings and over 15 million albums sold, BNL continue their consistent pattern of catchy, mostly upbeat, pop rock with 14 songs on Detour De Force, including a fifteenth bonus track “Way Of The Heart” on the double transparent-blue vinyl. 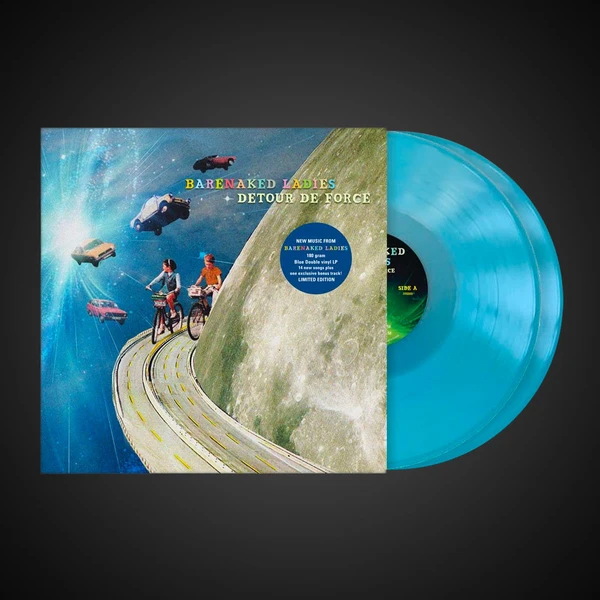 Stand-out tracks include first single, the high-energy “Flip”, which kicks things off with some Spooky Rubenesque drums.  The catchy “Big Back Yard”, with Hearn’s drawl and spacious timpani drums, emits shades of The Flaming Lips in its spirit. The acoustic contemplative number “Live Well” dwells on life’s mistakes and the wisdom found on reflection of them.

Drummer Stewart states ‘This is some of our strongest material in 30 years, easily. I think it stands up there with our best albums. It hangs with Gordon, or it hangs with Maroon.’ Objectively, this could be true, dependent on the listener. The biggest difference Detour de Force has to these immense, classic albums is the membership of BNL. Page and Robertson shared lead vocal duties, with their independently distinctive voices, until 2009 when Page left BNL. Longtime fans will almost undoubtedly be reminded of this reality with every subsequent release by the Canadian stalwarts. However, despite the continued absence of Page, Robertson and crew do not disappoint. Robertson pilots lead vocals with Hearn and Creeggan complementing the vocal helm intermittently. The creatively dynamic minds of BNL continue to bring the same intricate lyrical and musical variety with the quirkiness and playfulness fans of BNL expect and enjoy.

John Graham is a Vancouver-area resident who typically spends most days admiring music of all genres. When not listening to music, John is usually at a live show, somewhere in the bowels of Vancouver.
RELATED ARTICLES
album reviewalbum reviewsbarenaked ladies
8.0