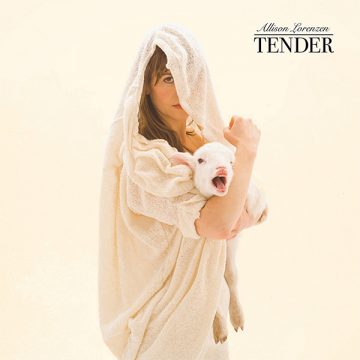 Sometimes an artist can truly resemble another. At other times, they are creating their art along usually a very thin line between two or more artists. In the case of Allison Lorenzen, singer-songwriter from Denver Colorado and her latest album Tender, the latter is most probably the case.

Cruising the line between, well Julee Cruise and Enya, she veers towards one (Enya on the opener “Birds, A Chapel” and elsewhere) or the other (Julee Cruise, on say, “Afterthought”). Yet, most of the time Lorenzen is in her own sphere, combining the vocal stylings of Enya with more experimental tendencies Cruise exemplified on her releases and eventually coming up with something quite personal.

The key though here is that the album title, Tender, is quite fitting, presenting personal sensibilities, in a manner that practically any listener can relate to, without turning into what some critics would call navel gazing.

While Lorenzen has previous experience as member of School Days, Tender sounds quite mature and accomplished for what is actually her solo debut.
It is an album that has those truly cinematic qualities, something that would complement film scenes that are both melancholic and nocturnal at the same time. Don’t be surprised if she ends up on one of the upcoming David Lynch film soundtracks.

Formerly a lot of things, including a journalist and a translator, currently a freelance writer living in The Netherlands.
RELATED ARTICLES
album reviewalbum reviewstender
7.0