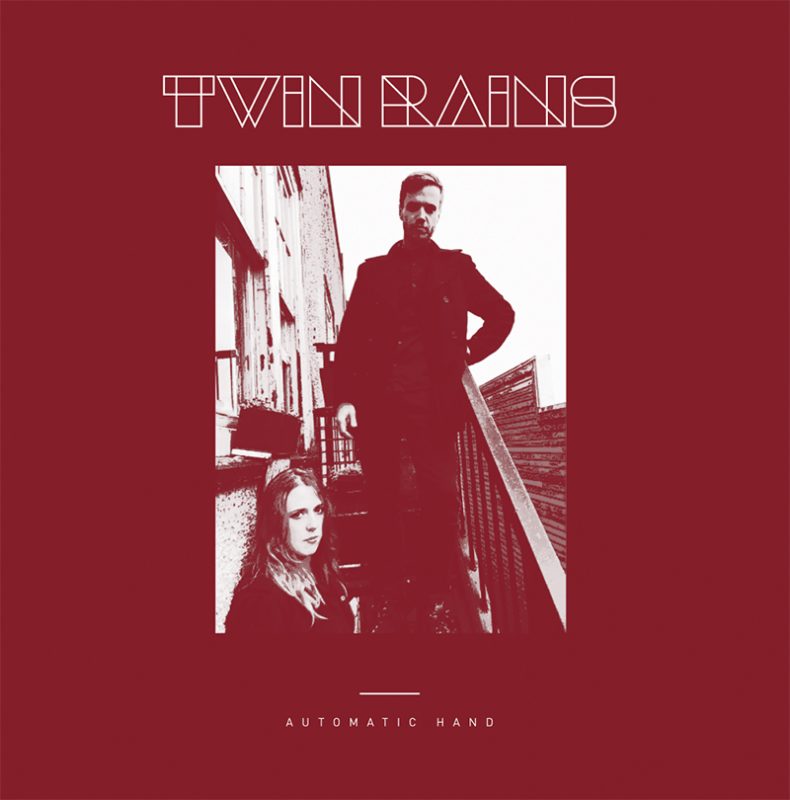 Twin Rains is Jay Merrow and Christine Stoesser. The pair met as roommates in 2009 and within weeks were making music together. They were founding members of Make Me Young, a Toronto indie band that released a critically acclaimed album in 2010, and licensed music to Degrassi: The Next Generation. Make Me Young disbanded not long after the release of the album, but Jay and Christine continued writing music together for film and television. They talked endlessly about making another album, but they couldn’t seem to find the inspiration. So, in 2012 they packed up and flew to Vancouver, bringing only two suitcases and an assortment of instruments with the intention of spending a year on the west coast. One year stretched into four, and somewhere between teaching music (Jay guitar, Christine piano) and exploring a newfound passion for spending time in nature, Twin Rains was born.

Twin Rains debut album, Automatic Hand, is full of slow to mid-tempo grooves (or ‘west coast dance music’, as they like to call it), ethereal soundscapes and penetrating poetry. Automatic Hand is about love, but more essentially it’s a reflection on the idea that sometimes our hands act faster than our brains and hearts, especially with today’s communication technology. Recorded almost entirely by Jay, a self-taught engineer and producer, and produced entirely by Twin Rains, Automatic Hand is the spellbinding result of the duo’s longstanding musical collaboration amidst years of change and introspection. The first release from the album is the haunting and sorrowful ‘Flash Burn’, a song that leaves the listener wanting more.

Twin Rains’ Jay Merrow explains the creative process behind Automatic Hand: “In the midst of the creating the album, Daft Punk’s Random Access Memory came out. We were working with some dancy tracks already, but that album was on heavy rotation the first summer it came out and really inspired and helped cement the sound that was emerging from our early sessions. Now we had direction and motivation–after being awarded a FACTOR demo recording grant. What was first going to be the recording of a single, slowly morphed into the idea of an EP and after a wave of songwriting and recording we realized we had 12 songs we were happy with to put out a full album.”

Twin Rains’ debut album Automatic Hand will be available on Spotify, Apple Music/iTunes, and other digital retailers/streaming services on Friday, November 18th. You can pre-order now on iTunes.