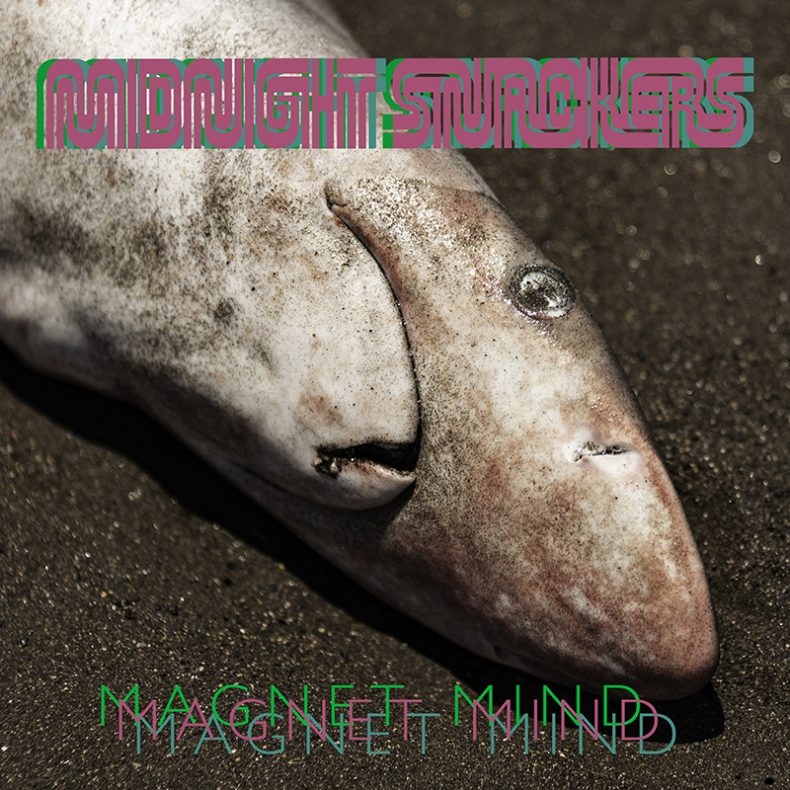 Midnight Snackers started as an experiment in an East Bay garage, with a couple of dusty Casio keyboards. Far from garage rock purists, they sought to just make whatever weird, gnarled beats and guitar tones they liked, breaking out of the formal, hampering constraints of previous projects. They dreamed of creating a frenetic and fun live show that you could push, shove–or shake your ass to.

Recording started as a set of experiments: the 2010 EP Midnight Snackers was a foray into lo-fi electronics and tiny, terrible amplifiers. Next, an attempt at writing and recording 5 songs in 72 hours or less on 2011’s Sudden Death.  Then Foul Weather Friends, in 2013– a labor of love studying the craft of pop hooks and goofiness.

In 2016, Midnight Snackers have focused their energy on making their most high-quality effort yet–recording with engineer Terry Yerves at San Francisco’s Decibelle studios.

“The main two riffs of Magnet Mind were written by one of our drummers, Brendan.  He wanted to write something that would help people push each other around in the audience during our shows, so there’s some of that in there.  Also, because I’m a sorcerer, all the songs I write manifest as reality shortly after I write them and I wanted to use my powers to quit drinking and quit ruining weddings.  So there’s that.  Also this song is about time travel during sex.”