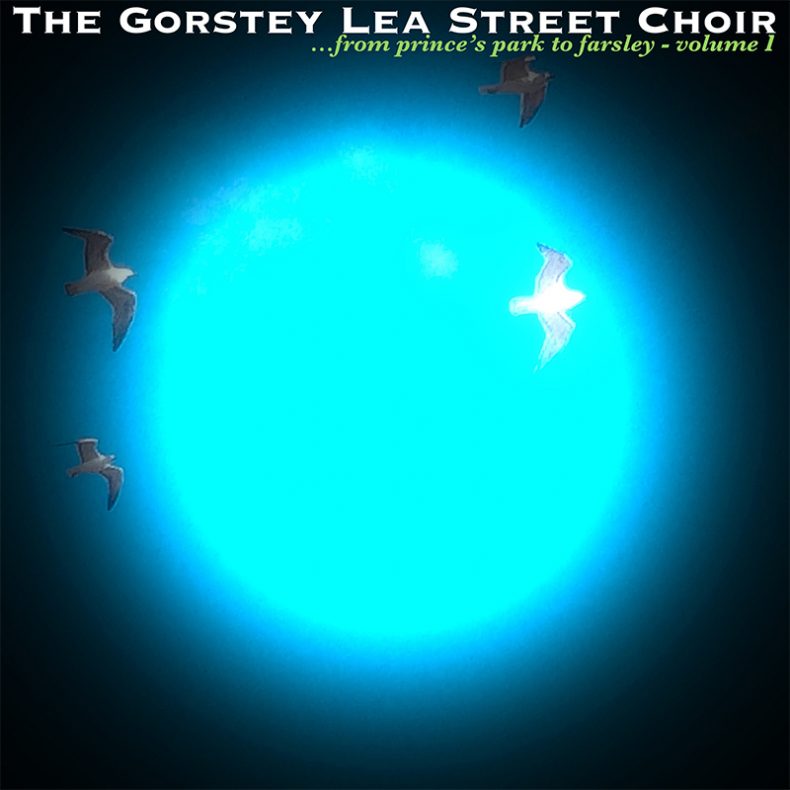 Many folks think that the best music a country has to offer originates from urban / metropolitan centers, but time and time again, there are many instances where brilliant music has been spawned in rural areas, even in a shack or someone’s back shed. The history of Americana, country music, blues and jazz is loaded with such music, but so is rock and roll and modern day indie and alternative rock and subgenres like psych rock and shoegaze.

From rural England today we present the new album from The Gorstey Lea Street Choir. Their new album …from Prince’s Park to Farsley – Volume I is out Friday via Britain’s 500 Broadcast Recording Co, on the trail of two wonderful singles (see below). Now you get a whole album’s worth of this greatness. Diverse, talented and melodic, the Gorstey boys ensure that you’ll never experience a dull moment in this 8-track album and will likely be thankful for the experience. Thrills sonic pills and heartfelt delivery – well done to this duo.

The Gorstey Lea Street Choir are Michael Clapham and Russ Phillips, two friends whose musical collaboration is rooted in a friendship that blossomed over 35 years ago. Having met as teenagers in the mid-’80s, it took until 2016 for them to turn their teenage plans — discussed back when both were involved in aspiring Manchester bands — into a reality with the birth of this project. 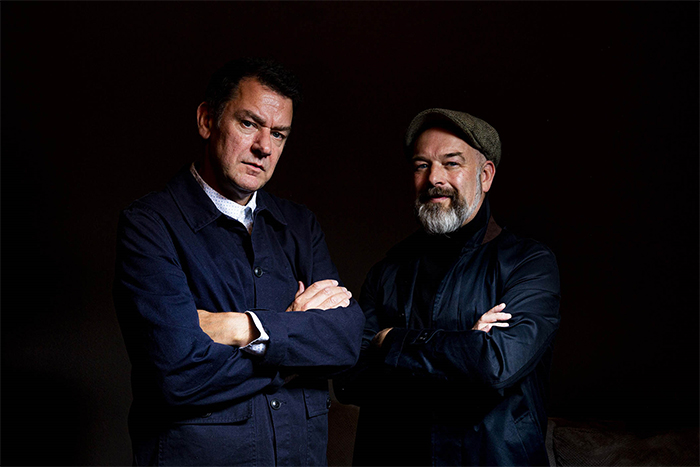 ‘… from Prince’s Park to Farsley – Volume I’ is a tale of two towns, consisting of 8 tracks conceived and mainly recorded in Burntwood and then 4 songs re-imagined in Farsley. The first town in this story is Burntwood, Staffordshire, the Gorstey boys’ hometown. Take ‘Prince’s Park’ in Burntwood as the starting point, registered in the Guinness Book of Records as the smallest park in the UK.

The second town is Farsley, Yorkshire. During 2020’s lockdown winter, Michael reacquainted himself with a vinyl copy of ‘Cresta’ by The Hollow Me, which led him to ask the question ‘I wonder what happened to Choque?’. Choque was a member of The Hollow Men’ who Michael’s then band ‘The Great Divide’ had supported back in the early 90’s. Michael tracked Choque down via the World Wide Web to Farsley… and soon the Gorstey duo and Choque (also of Black Star Liner) were collaborating… you can hear his genius on 4 tracks here.

“We are really looking forward to folks hearing the rest of the LP, the 4 new tracks and the 4 re-imaginations of ‘Extended Play One’ tracks by Choque from Black Star Liner,” says Michael Clapham.

Based in the former Staffordshire mining town of Burntwood, their music runs with the moods, widely described as dystopian, electric, hopeful, hopeless and thoughtful… The sort of sounds Henry Spencer would have played if he had a Sony Walkman. The album explores such themes as being isolation, lack of communication, escapism and Carpe Diem frustration.

…from Prince’s Park to Farsley – Volume I is the follow up to the duo’s extended play one album, which was released in December 2020 and received support from BBC 6 Music, BBC Introducing, Amazing Radio, and a whole host of DAB and worldwide radio stations.

In 2018, Russ and Michael entered Wolverhampton’s Magic Garden studios to work with old friend and producer legend Gavin Monaghan, resulting in their debut single ‘The British Isles’ featuring an inspired spoken-word intro from Joe Strummer. Chris Hawkins from BBC Radio 6 Music picked up on the track, kicking things off again after a 35-year hiatus.

As of July 9, the …from Prince’s Park to Farsley – Volume I LP will be available everywhere digitally, including Apple Music, Spotify and Bandcamp at https://500broadcast.bandcamp.com/album/from-princes-park-to-farsley-volume-i

Also enjoy the videos for their first two singles