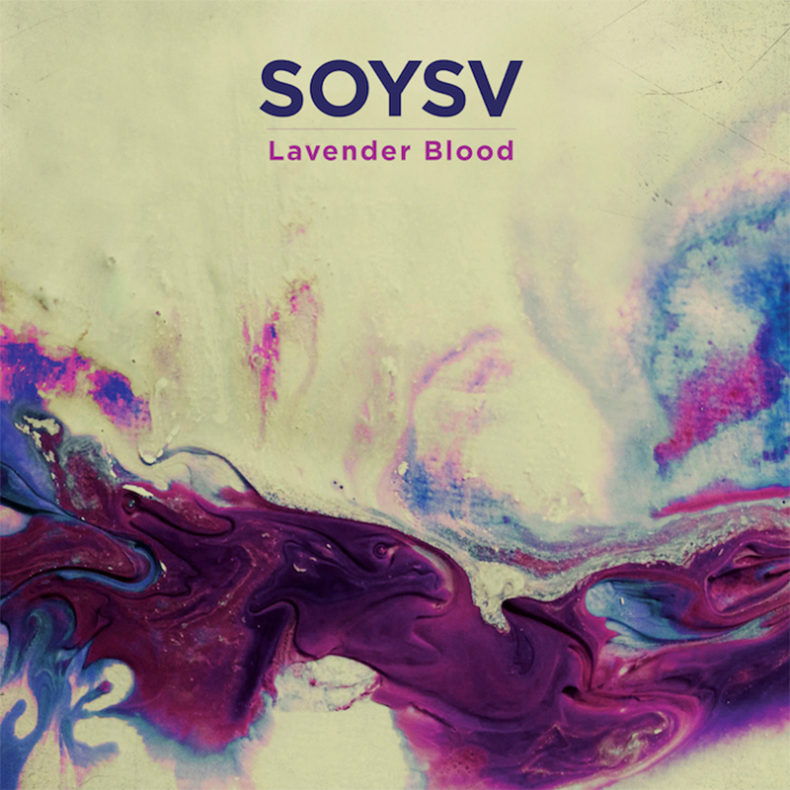 Forty minutes into their flight from Athens Greece the plane lost cabin pressure, and they needed to make an emergency landing. Sean Morrow (guitar, vocals), remembers experiencing disorientation and surging adrenaline. The plane made this lurching turnaround and suddenly, with masks flailing over seats and flight attendants jostling with visible panic up the aisle. Eventually everything stabilized and a strange calmness came over the cabin. That’s when Eric Oppitz (bass, organ) noticed how beautiful the sun appeared over the Greek horizon. “It was beautiful and blissful,” he said, recalling the moment. “There was this strong uneasiness; we didn’t know if we were going to land safely or plummet into the ocean.”

Written and recorded shortly after that fateful flight, Sisters of Your Sunshine Vapor’s new full length, Lavender Blood, feeds on that emotion to deliver a confounding blend of blissfulness and terror. Lavender Blood is SOYSV’s fourth release marking a slight departure from its conceptual predecessor, Desert Brain. The new album was recorded in a remote lodge nestled in the woods of northern Michigan where the band could escape back into that mindset that initially inspired the record. The trio took advantage of the building’s large cathedral ceiling and open floor plan to craft their fullest and most honest sounding album to date.

Lavender Blood, is at times lo-fi and dreamy and at times hi-fi and heavy. Songs “Die Die Die” and “Rainbow Scarecrow” bring a hard-hitting psychedelic swagger that conjures the driving beats of early Pink Floyd while maintaining the melodic overtones reminiscent of Jim Morrison and The Doors. SOYSV also returns to their Detroit roots with the single, “See You in the Mourning”; a vulnerable song that generously borrows from Motown as it slips into an eerily cheerful send-off accented by thumping bass, jangly backwards guitars and an array of sparkling percussion.

Though from Detroit, Sisters of Your Sunshine Vapor’s reach is long. They are two time Austin Levitationveterans that have shared the stage with the likes of The Black Angels, (with whom they are often favorably compared) A Place to Bury Strangers, Black Moth Super Rainbow, Dead Meadow, The Warlocks, Nick Turner’s Hawkwind and played festivals such as Mid-Point, Montreal Distortion Psych Fest, SXSW, and CBGB Music & Film Festival.

“Returning from our first European tour our plane lost cabin pressure and we were forced to make an emergency landing in Athens Greece.  After the initial drop in cabin pressure and the chaos of the masks flailing over seats, everything eventually stabilized and a strange calmness came over the cabin.  There was an uneasiness; we did not know if we were going to land safely or plummet into the ocean.  At the same time this was happening we could see a beautiful and vibrant sunset over the Greek horizon through the cabin windows.

We were inspired by that tension and attempted to create an album that was beautiful yet disturbing at the same time.”

by SPILL NEW MUSIC on September 23, 2020
of1000faces – ASTRONOMICA A SPILL EXCLUSIVE ALBUM PREMIERE While it doesn’t frequently happen that a well-known artist, known mainly for his contributions to the alternative, pop [...]