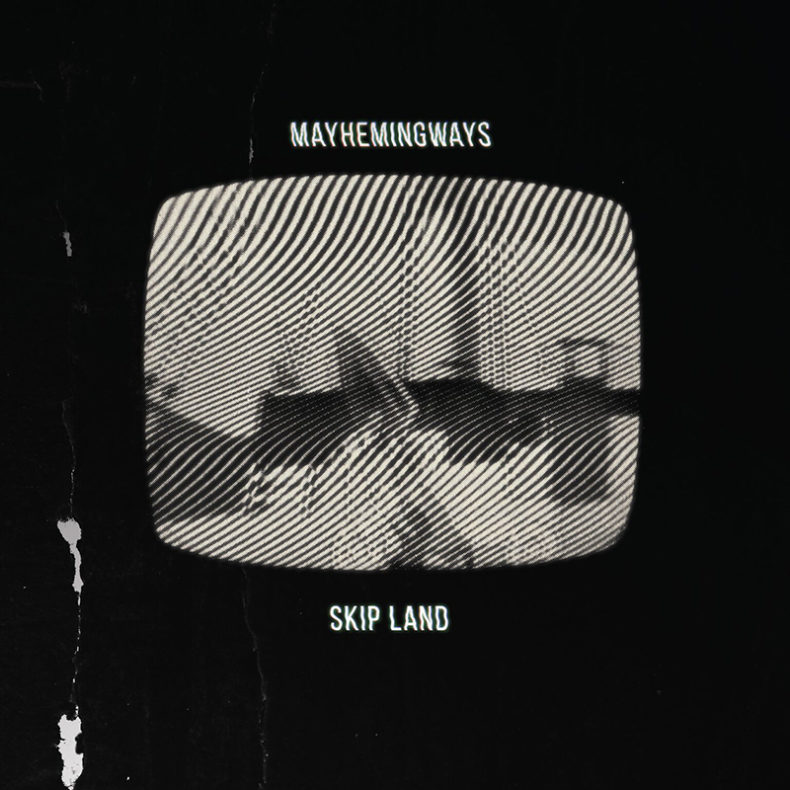 Mayhemingways work as hard as any Canadian band that tours these days. For instance they can tell you which towns sit between Sault Ste. Marie and Thunder Bay from memory, and they can recommend where to eat in rural Saskatchewan. The vastness of their country and the extent of their touring are a surface theme on their second full-length album Skip Land. The title of the album refers to a phenomenon that occurs with CB radios, of which they have one in their tour van. When the signal skips it jumps several thousand kilometers more than normal due to solar activity.

The record is not a concept album, though it does bring forth themes and feelings and snippets of this life that we’re all skipping through. Benj Rowland (guitar, tenor, guitar, banjo, accordion, bass pedals, and lead vocals) and Josh Fewings (drums and backup vocals) recorded this album in Nanton, Alberta at Steve Loree’s Crab Apple Downs, a distant home away from home. It was recorded just before they ventured out on a cross-Canada tour with Joel Plaskett and his father Bill.

“The first couple of days we worked on Skip Land it was below -20C in Alberta. On the third a Chinook blew warm Pacific air in from the mountains and I think the resulting change added something intangible to the album. If you listen closely enough you can start to feel something between the lines and notes that was guiding us along.” ~Josh Fewings from Mayhemingways