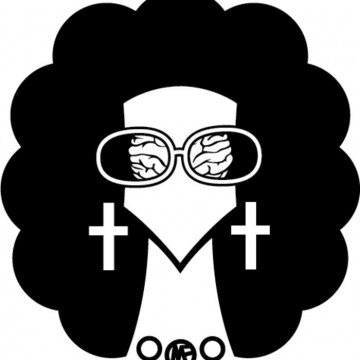 Holy Mind Funk were born in a basement in Holland Landing way back in 2005.  Since then, guitarist Matt Kilbourne has never looked back.  Forming officially in 2013, with the addition of Dale Semple on drums and Chris Seymour on bass, the band put out a small sampling of live tracks  last year on their Holy Mind Funk Live EP.  This is just the tip of the iceberg .. there is much, much more to come.  Prepared to have your mind funked?  Just press play.

Holy Mind Funk is a rock group from Newmarket pushing all elements of Rock and Roll to the forefront of their music. With characteristics of rock, funk, punk, and metal it’s no wonder how Holy Mind Funk has become one of the up and coming rock groups in the GTA.

The band started in 2005 when guitarist Matt Kilbourne and drummer Corey Hess began jamming in a basement in Holland Landing. Fueled by their love for funk and hard rock of early Red Hot Chili Peppers, Rage Against the Machine and Queen’s of the Stone Age, Matt and Corey found like-minded musicians in guitarist Adam Wood and lead singer/bassist Chris Seymour in 2012.

Since the bands’ formation in May 2013, Holy Mind Funk has recorded four tracks and played multiple shows in Newmarket, Kingston, Barrie and Toronto. What fans love about HMF is their unique style for synthesizing many factions of rock music into their songs.

The two guitars are integral to HMF’s sound with Matt Kilbourne’s extensive pedal board and Adam Wood’s face melting guitar solos. Front man Chris Seymour tells you what the band sound is about with his punchy lyrics and bass, while drummer Corey Hess arms are challenging time and space with his hard drumming.

Holy Mind Funk is committed to making the audience lose themselves when preforming live. The goal is to bring back that Funky attitude to mainstream Rock and Roll.

Trish Melanson lives in the Toronto area with her three boys, Nicholas, Justin, and Eric, her dog Jakkson, and her cats Max and Jagger. She is the former host and producer of Canadian Kickass, a weekly two hour radio show on New Jersey's Chestnut Radio, showcasing Canadian Music. She is also a former Web Content Manager of Indie Soundscapes, an online showcase for Independent Music Artists Worldwide, and was a regular music contributor to The Stroumboulopouli. She is a fervent supporter of the Toronto live music scene. In a past life she was a teacher and Vice Principal in Durham Region. She has many more new and exciting projects waiting in the wings. ;)
RELATED ARTICLES
track of the day