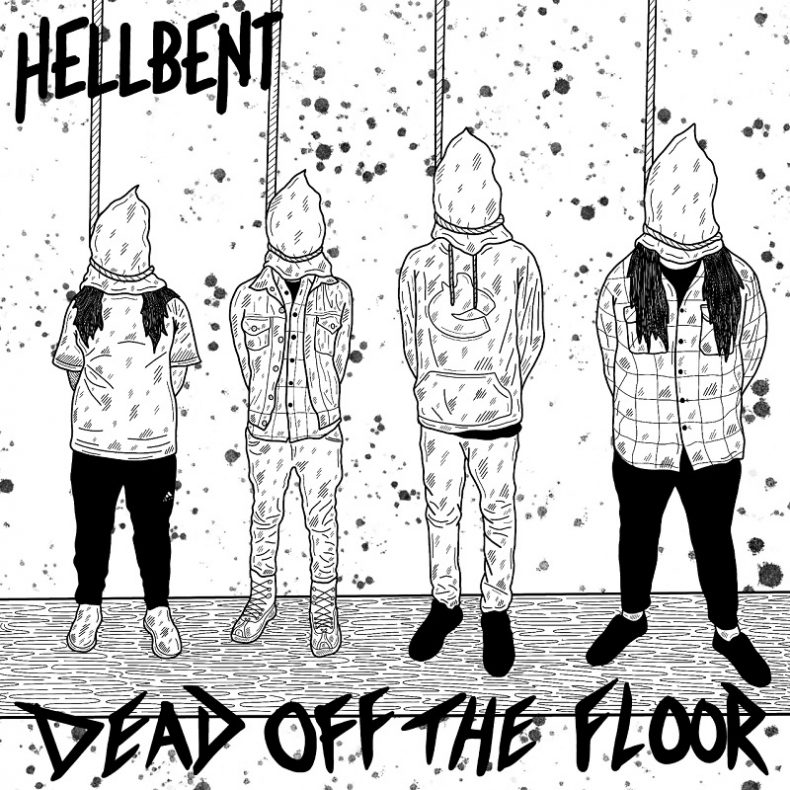 HELLBENT – DEAD OFF THE FLOOR

Hellbent have been crushing clubs and DIY spaces for the last couple of years across Canada gaining applause and praise.Known for their heavy and grimy sound, the band recently got some recognition from PUP for being one of the finalists for the “Free At Last” Cover contest.They even played their tribute in front of 2000 people at PUP’s last sold out Toronto show.They’re also heading back on the road, coast to coast, this fall in support of the 7-inch release of Dead Off the Floor.

Dead Off The Floor is the early days. Some old songs recorded, it was meant to be heard. Raw, fast, messy, and done ourselves. The video was hand drawn by Dylan Zdrobov, who has drawn just about every piece of artwork we’ve ever put out there, and our drummer Nick has recorded every release to date.”