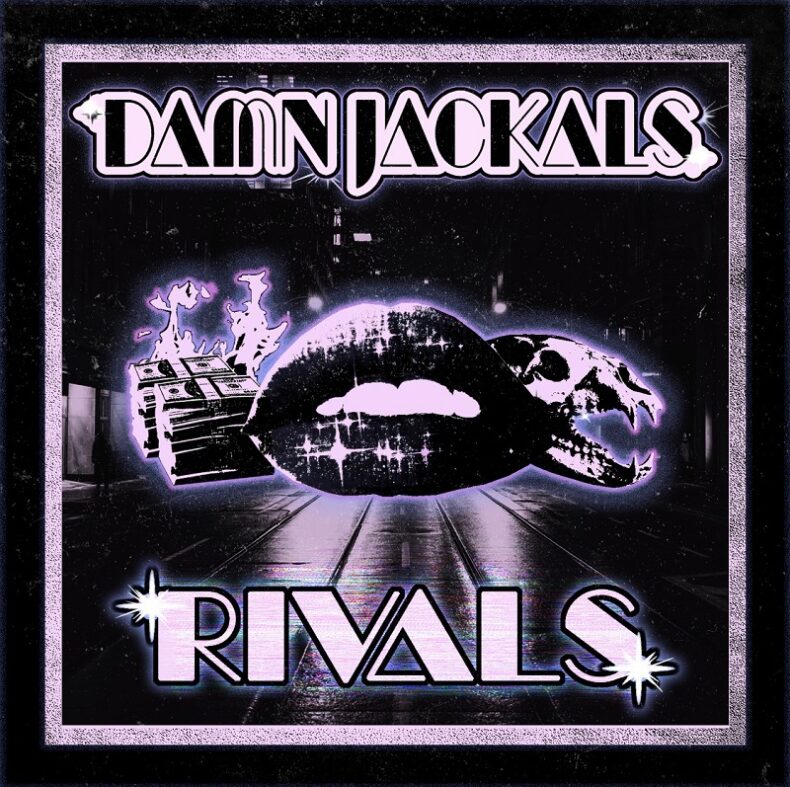 Heavily influenced by late 60’s Garage Rock, early 70’s Glam Rock and CBGB-style Punk, Damn Jackals have a sound reminiscent of groups like T. Rex, The Sonics, and New York Dolls, highlighted by intricate and robotic harmonic guitar work paired with fuzzy lead vocals. Their genre bending repertoire allows them to seamlessly evoke the upbeat charm of modern indie-garage bands like The Strokes and The Murlocs and then transition straight into a more relentless and punk territory via Iggy & The Stooges or Amyl & The Sniffers.

In May 2018, Damn Jackals released their debut LP, Crooked Castle, Vol I, with shows in support at Baby’s All Right & Mercury Lounge in New York City. In 2019, the band did a 12-date Spring East Coast Tour, highlighted by a slot at Savannah Stopover Festival (headlined by Deerhunter, The Joy Formidable and Lucy Dacus). In early 2020, the band performed a packed local show at the Knitting Factory Brooklyn- with their very first Bowery Ballroom show lined up in May 2020 (with High Waisted) before the world had come to a halt in March.

Returning in Summer 2021, Damn Jackals released their lead single “Lovely Nuthin'” with a Sold-Out release show at Our Wicked Lady in Brooklyn.. Damn Jackals are set to release their new EP Rivals in July 2022, marking their first vinyl release with headlining shows in support at Brooklyn’s TV Eye and The Sultan Room.

“The ‘Rivals’ EP was about capturing the energy of our live performances and expanding our capabilities as a 5 piece band. On a conceptual level—the lyrics capture traits we fight against going through life, our true Rivals. We wrote and recorded these songs immediately after our 2019 tour, when we had a fresh outlook on what we thought was working best for our band. This session produced our favorite tunes so far and demonstrates our range— from the poppy 60’s surf garage rock in ‘Lovely Nuthin’ to the intense thrash-punk of ‘New Broke City’ —  It’s the official Damn Jackals starter pack.” ~Beau Croxton, Damn Jackals