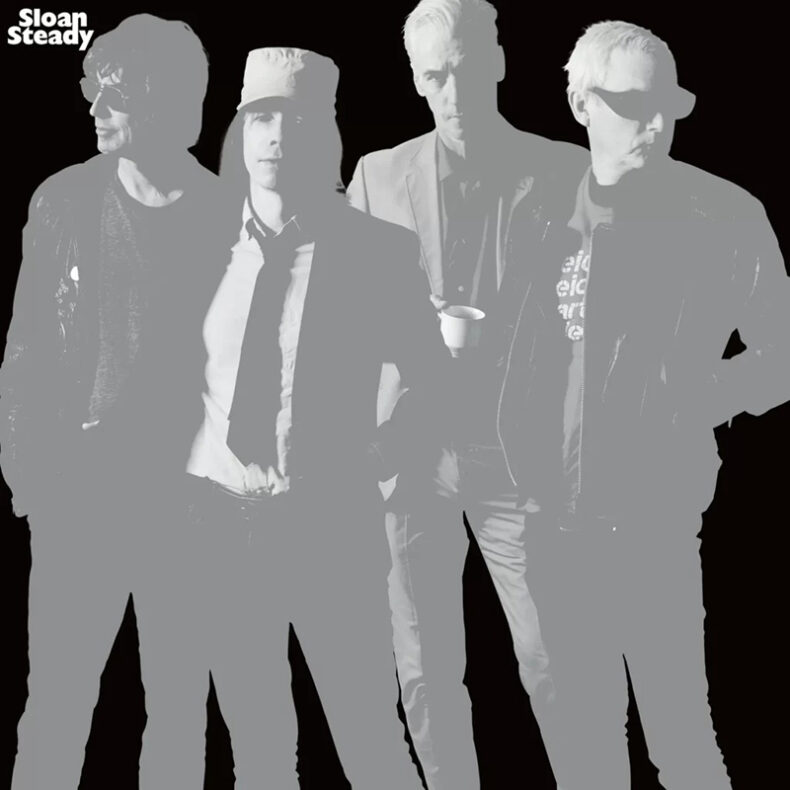 Canadian indie-rock royalty Sloan announce their 13th studio album, Steady, set to release on October 21 through murderecords/Universal Music This will be the first new album from Sloan since their 2018 record 12. The release of Steady will coincide with the 30th anniversary of their debut record Smeared which came out in October 1992. Fans can pre-order/pre-save Steady HERE.

Today’s album announcement is marked by the release of the first single “Spend The Day,” a classically charismatic Sloan song that offers a break from an often overwhelming reality by creating your own. Written by guitarist/vocalist, Patrick Pentland, who describes the track as “an invitation to join me when I was maybe at my lowest. Hide away with me from everything for a while.”

Sloan are one of the rare bands to make it to their 13th album with all four original members who are equally prolific songwriters and all still working at the top of their respective games, sounding utterly ageless in the process. The album title is reflective of Sloan’s impressive 30-year feat, bassist and vocalist Chris Murphy explains, “They say if you want to go fast go alone but if you want to go far go together. I don’t know if there are many other bands you can name that are still making records with their original line up 30 years in. Look it up!”

Sloan are on the road this summer, bringing their beloved, energetic live show across the country. See below for a list of Canadian festival performances.

SPILL NEWS strives to keep our readers up to date with news and events in the music industry. We keep you informed of the most recent information regarding new releases, tour dates, and information items about your favourite artists.
RELATED ARTICLES
newssloanuniversal music