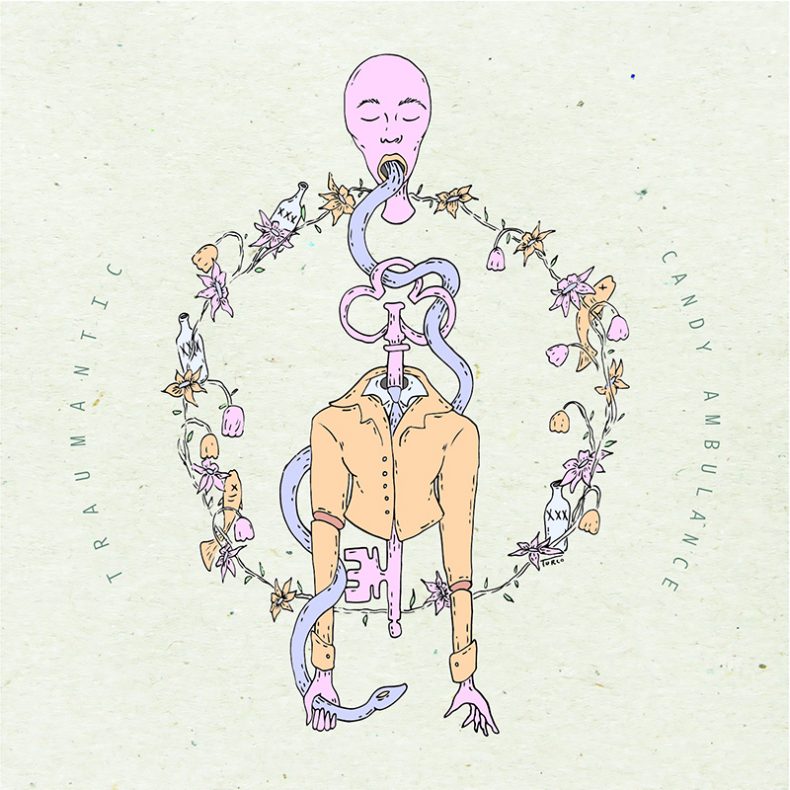 Candy Ambulance shares the premiere of their full-length album Traumantic with us today! This alternative grunge-rock trio pack a punch, in this raw, dark, and personal release. Vocalist/guitarist Caitlin Barker opens up on her struggle with trauma and abuse, and shares her story through a dynamic set of pop-grunge tunes. Building on their carefully crafted sound, it’s raw, powerful, and addictive, calling back to many bands of the ’90’s grunge and alternative scene, such as Hole and The Breeders. Traumantic was recorded and produced by The Replacementsʼ Tommy Stinson.

Vocalist/guitarist Caitlin Barker shared, “Traumantic is our first LP release, so itʼs really exciting to be sharing it. All the songs were written cohesively and chronicle my journey through confrontation of trauma, sexual abuse, a hard look at a past abusive relationship and the trials of self analysis through therapy. Simultaneously, Jesse and Jon leaned into their roles as support systems for me. We grew closer and our musical bond tighter. I feel its obvious in the recordings that weʼre playing TOGETHER instead of playing our roles.”