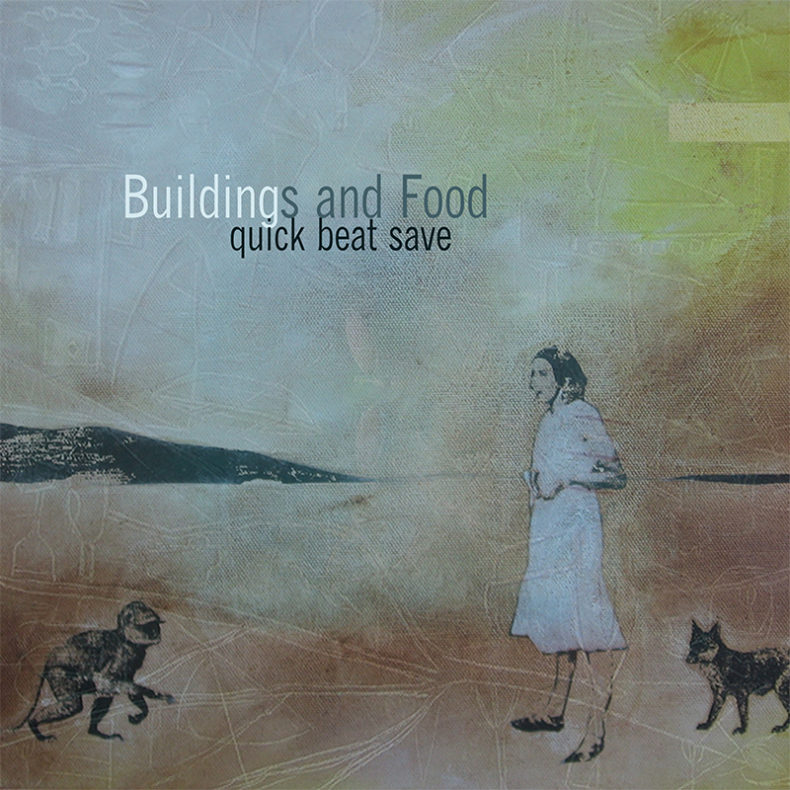 BUILDINGS AND FOOD – “QUICK BEAT SAVE”

As a Toronto-based publication, we feel it’s important to support the local music scene where possible. Today gives rise to such an occasion with the release of the debut album from Buildings and Food, a little-known synth-based project. A solo initiative, this is the brainchild of Jen K. Wilson, an independent Canadian music artist espousing electronic avant pop.

Following up the lead track ‘Slow to Reverse’, we present you the premiere of ‘Quick Beat Save’, an 8-track offering that should peak your attention if you ever were a fan of Stereolab, The Laetitia Sadier Ensemble, Marnie or her original group Ladytron.

Although taking a somewhat more stripped-down guise, Wilson’s music is influenced by glitch, classical music and pop. This is her first solo musical project, having spent many years playing guitar and drums in various indie bands before embarking on a career as a visual artist. Trained in classical piano and visual arts, but recently pre-occupied with other career-related pursuits, Wilson recently returned to music, immersing herself in her DAW and finally playing keyboards.

Buildings and Food emerged in 2015 on the basis of a strong impulse to begin recording again. Determined to create music that represents a significant departure to anything previously released through other projects, she finally decided to go it solo in order to create the music exactly as she envisioned it should be, without compromise.

“This release marks a return to music-making for me, after a long tenure as a visual artist.  While working on these recordings, I was greatly inspired by the early demos of Glenn Tilbrook and early Squeeze recordings, A.C. Newman, Jimmy Tamborello/Dntel, Daft Punk, and The Rural Alberta Advantage,” says Jen K. Wilson.

“I enjoyed mixing in analog sounds to the primarily digital tracks I created for these recordings, building loops and using found sounds, then adding guitars, percussion and sometimes vocals.”

‘Quick Beat Save’ is out, both digitally and on limited-edition CD, as of November 2. While it is available via online stores and streaming platforms, such as Spotify, it can also be ordered directly from the artist via Bandcamp.

by SPILL NEW MUSIC on January 20, 2021
THE LUXURIOUS FAUX FURS – LIKE A REAL SHADOW A SPILL EXCLUSIVE ALBUM PREMIERE Since their beginning in 2011 (supposedly in New York City), The Luxurious Faux [...]