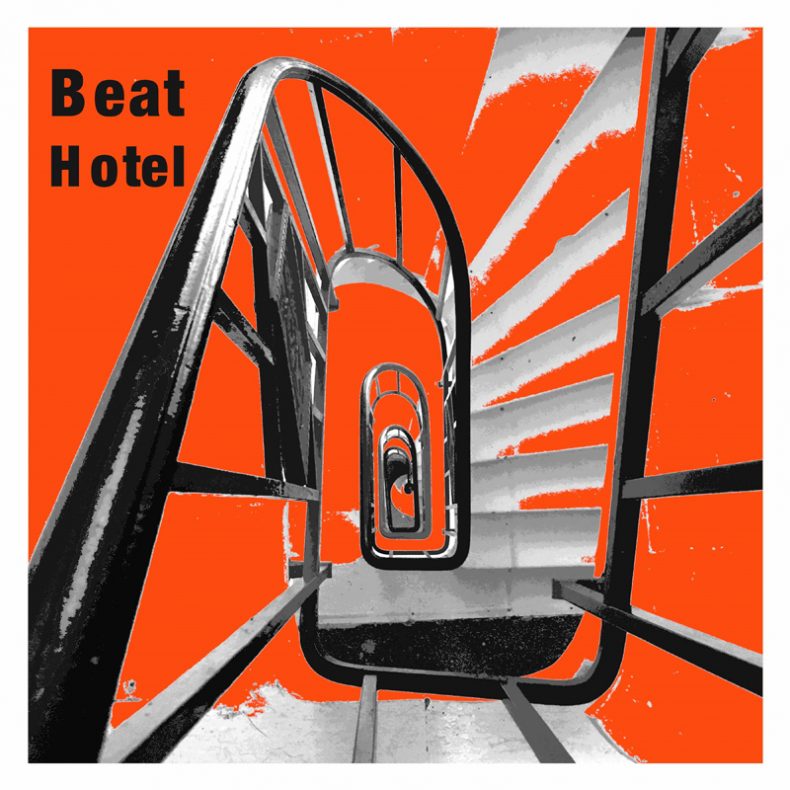 Tides ebb and flow, bands come and go… and then there are those who come back. After a lengthy hiatus from the music scene, the British collective Beat Hotel is one such band. Not only are they out and about again playing live shows, but so too do they have a new self-titled EP. Released via Occultation Recordings, this release comprises six new offerings from the Southern England-based indie rockers with influences such as Primal Scream, Echo & the Bunnymen and even The Byrds ringing clear.

This 6-track offering comes on the trail of well-received singles ‘Feel It’ and ‘Bury It Deep’. Like these, the full EP ought to also please fans of Teenage Fanclub, The Jesus and Mary Chain, and The Railway Children. This EP presents a melodic, psychedelic wall of sound, a touch of garage rock and roll, which is balanced with more laidback, strings-laden atmospheric vibes. The band has achieved a fine balance of power pop, melancholic drifter elements, churning guitar vibes and nostalgic flashbacks, variedly embedded throughout this mini-album.

Assumingly named the original Beat Hotel in Paris (hub of such great personages as William Burroughs, Brion Gysin, Allen Ginsberg, Gregory Corso), the collective is now based between Brighton and Plymouth. The ‘Beat Hotel’ EP features current and former members of The June Brides, The Loft, The Weather Prophets, The Distractions, Mudlow, Mojo Fins and Lolita Storm.

The band was formed by Arash Torabi (The June Brides, The Distractions, The Granite Shore) and Paul Pascoe after meeting at a 1988 gig by The Jasmine Minks’ (first band signed to Creation Records). Many years later, their first released Beat Hotel single also featured The Jasmines’ frontman Jim Shepherd. In 2013, the band was rounded out by Dave Morgan, drummer from The Loft and The Weather Prophets, who also played / recorded with The Rockingbirds, The Jazz Butcher, Primal Scream, Vic Goddard, Subway Sect and ATV.

They were later joined by guitarist Stephen Brett after recording at the legendary Rockfield Studios and playing Glastonbury with his former band Mojo Fins. Stephen also performs solo as SJ Brett. Also guesting here is Frank Sweeney of The June Brides and now Magic City Trio, with a recordings to his name for Primal Scream, Felt, and Slaughter Joe.

“Every now and again, we produce something that’s very special to us. These forays into the physical world are usually inspired by a collaboration. This time it was driven by an unexpected creative surge due to the sudden and shocking end of a relationship. I felt like I had to relearn everything about how to be in the world and look seriously at who I actually am. I found comfort in the music that had given me a sense of belonging the first time around. The Jesus & Mary Chain, Echo & The Bunnymen, The Weather Prophets…these songs and songwriters, so familiar to my psyche, were there again to drag me to safety,” says Paul Pascoe.

“This collection of songs is about love and near-death and confronting the very worst aspects of ourselves, facing down those inner demons, the fears that haunt us and our deepest, darkest secrets. And… with one of the tracks beginning it’s recording journey in 1997 and getting its final guitar overdub and mix in 2019 (in all it’s 3 minutes 14 seconds of rock’n’roll glory), this record is also a tribute to the awesome power of getting shit done.”

The ‘Beat Hotel’ EP is available on 12″ vinyl and digitally across online stores and streaming platforms. It can be ordered directly from the band via Bandcamp https://beathotel2.bandcamp.com/album/beat-hotel or via their site at http://www.occultation.co.uk/Shop/Vinyl/vinylcd.html  Any physical orders also come with MP3 download.