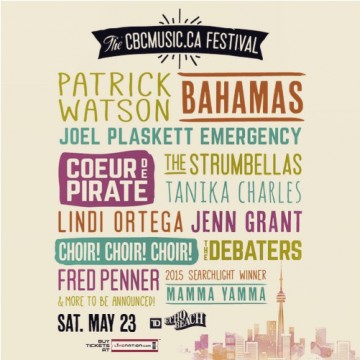 The second annual CBC Music Festival was many things. It was a fun day in the sun for families; it was a tight ship as far as set times, changeovers, and technical operations go; and it was dull, dull, massively dull. The lineup last weekend at the amusement park graveyard that is Echo Beach was sorely lacking in diversity, making last year’s festival look like a sonic melting pot.

Acts like Bahamas, Jenn Grant, Joel Plaskett, and headliner Patrick Watson—all of whom are often brilliant live performers—were made almost entirely impotent, redundant, and unremarkable within the context of a festival in which all the music sounds the same. The acts were chosen almost entirely upon the basis of their popularity—popularity dictated in this case by the CBC. That may be all well and good for a radio station, but it makes for a very narrow roster of genres and artists when it comes to a festival. It is worth mentioning that the audience is literally a captive one. No exit with re-entry. Imagine a festival lineup dictated by how many times an artist has been on CBC Radio 2 Drive. In fact, imagine listening to Radio 2 Drive for eight hours straight (excluding classic rock material). While it might be pleasant enough for an hour, it’s hard to imagine not wanting to change dial eventually. The 2015 CBC Music Festival was non-stop Radio 2 Drive with no dials.

The day started strong with an excellent performance by Shad, the London-born hip-hop artist and fresh new face of q; though to twist a terrible phrase, what happened first will shock you: Attendees gathered around the main stage, waiting for Shad to kick off the eight-hour festival. A pulsing rhythm began emanating from the wings. Some audience members stood and approached the stage, expecting Shad to make an appearance. What they got instead was quite possibly the worst, most skin-crawling rendition of the national anthem (pre-recorded) ever endured by a human audience: a hip-hop version of O Canada. It was the kind of rendition that incites immediate paranoia—people either averted eye contact completely or looked over their shoulders as if preparing to break into a car; self-conscious to the core, embarrassed to be human beings existing in the presence of others.

Shad’s appearance saved—if not the day—the cringe-worthy air permeating all but the least discriminatory of listeners. The performance set a tone for what could have been an enjoyable festival. With elements of soul, hip-hop, and R&B combined, one might have been forgiven for expecting the celebration of musical diversity and purpose to continue. It didn’t really.

It’s difficult to accurately critique the performances of particular artists when their perception is so crucially attached to their place in the lineup. Lindi Ortega (introduced by a CBC Radio DJ as “Linda” Ortega) played a stellar set after Shad. Her three-piece backing band and gloomy Dolly Parton trills were brilliant. Had she gone on later in the night, she might not have gotten as positive a reaction as she did. Fortunately for her, the day’s standard had not yet been set.

Nobody got people dancing like Fred Penner. Children were cutting rugs with wild abandon, parents doubly so. While call-and-response audience participation worked wonders for Fred Penner’s set, it seemed to spread to just about every other band in the festival. Needless to say, after being cajoled into a game of Simon Says at least three times every hour, it gets a little old.

Nearly every act that followed could be reasonably described as bubblegum-sugar-folk. From Coeur De Pirate’s relentless barrage of cutesy-ness (cute-core?)—akin to being force-fed icing sugar through a tube—to the unabashedly trend-conscious Strumbellas (they may as well be called Of Mumford and Men), the general wholesome veneer of the festival became more stark, obvious, and inescapable. About three hours into the festival, children became glassy-eyed, preferring to engage with local cormorants; teenagers stood with their backs to the stage, plugging away on their iPhones/Pads/Things; older folks settled into their lawn chairs, sensible sunglasses obscuring any potential excitement or ambivalence from the observing eye.

Despite his magnificent, rubbery guitar riffs, Afie Jurvanen (aka Bahamas) failed to break the sense of lethargy the audience had succumbed to. Even Patrick Watson, with the advantage of being the headlining act, didn’t come off much different than what had been showcased all day.

It’s odd the CBC Music Festival decided to add a third stage this year. One would think the whole point of having extra stages would be to give audience members a chance to peruse other acts if one didn’t fit their taste. However, since there wasn’t much point in walking to the other end of the festival grounds for music so trivial in variance, the extra stage became more of a sore spot. With one less stage, perhaps the main stage could have been set a little further away from the second one, saving Jenn Grant’s solid – if taciturn – set from the constant thud of Coeur De Pirate’s drums.

The CBC Music Festival exists essentially to promote CBC Radio 2. It’s unfortunate the festivities focus on such a small portion of what the program does; There was no jazz or experimental music, very little blues, funk, world or classical—all genres covered by Radio 2’s diverse programming. As far as rock ‘n’ roll goes, the CBC seems hesitant to get behind anything wilder than Joel Plaskett. Plaskett has built an impressive catalogue over the years, but when he is your wild card for an evening’s music —especially considering the new songs he played off of his exceptionally tame record The Park Avenue Sobriety Test—you might be playing things just a little too safe to be any fun. 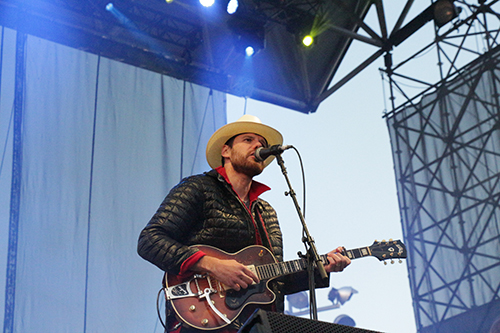 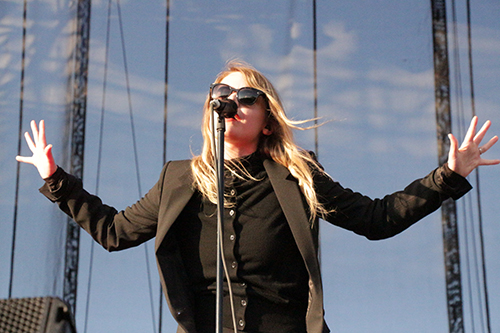 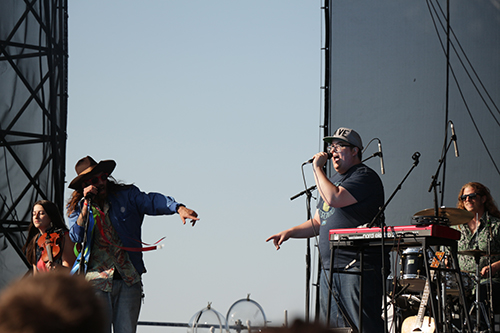 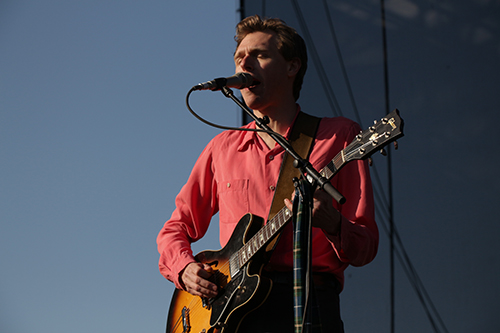 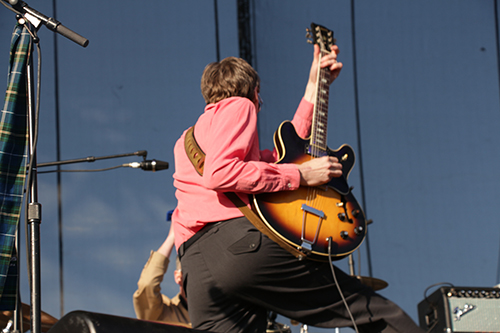 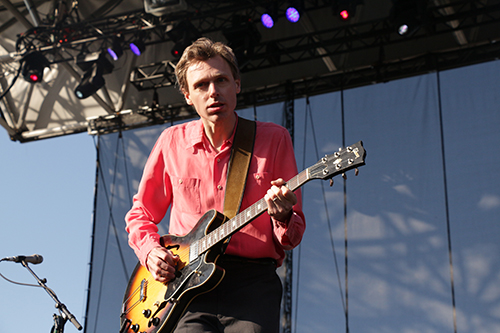 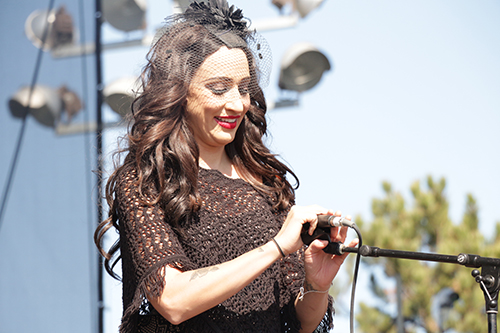 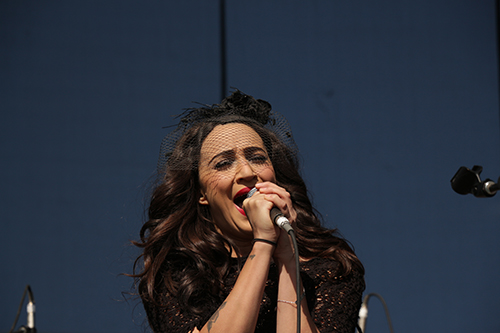 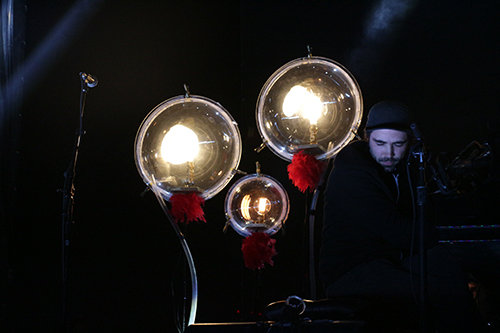 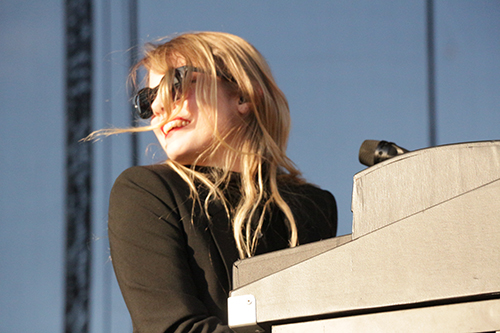 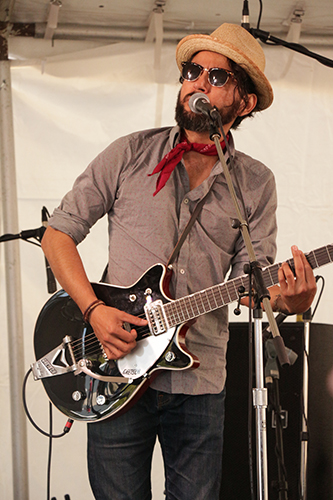 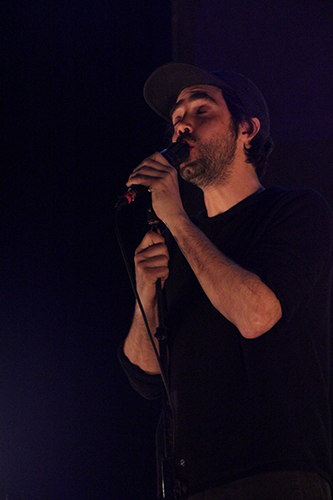 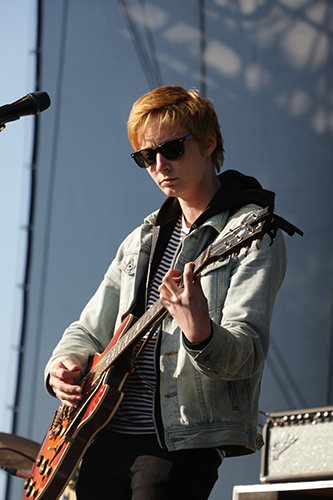 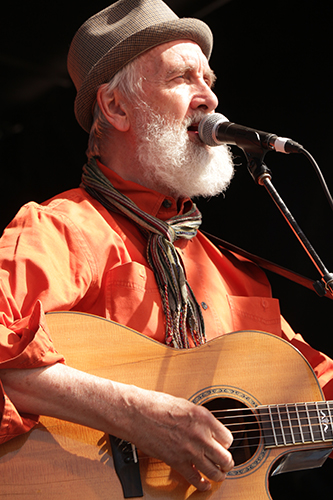 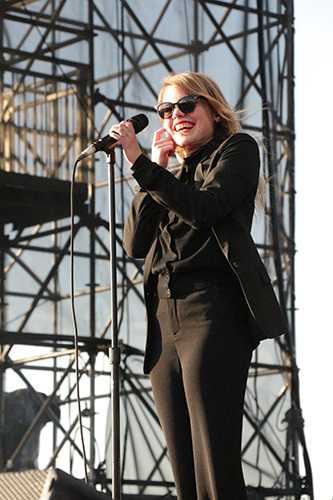