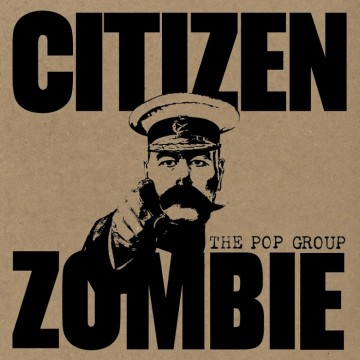 Punk was declared dead not long after it exploded in popularity in the U.K. and the U.S. It was dismissed as a fad and no longer taken seriously as a revolutionary force. By the late ‘70s Punk artists and those influenced by punk went off into different creative directions; the collective term for this evolution in music is postpunk. Postpunk is not a genre per say; the bands that sprung out from this movement experimented and hardly sounded alike – many incorporating into their punk foundations R&B/funk styles, synthesizers, reggae, jazz and just about any sounds they deemed to be against the grain at the time.

Many postpunk outfits later ended up in the mainstream as success stories by making their music more accessible (Echo & the Bunnymen, Siouxsie & The Banshees, Wang Chung, Modern English, Adam Ant) but there was a cluster of bands who would have none of that. This rump of postpunk agit-pop bands embraced radical sounds and radical hard-left lyrics, championing socialism and change and railing against conformity, income inequality, and poverty. Gary Clail and Tackhead, Gang of Four, The Fall and Wire were in that group and so was The Pop Group. The Pop Group, led by provocateur lyricist/vocalist Mark Stewart, were uncompromising in their approach. Listening to their only two proper releases from those days – 1979’s “Y” and 1980’s “For How Much Longer Do We Tolerate Mass Murder?” is often painful (like having a filling put in) and just as rewarding. Songs like “Forces of Oppression,” “Feed the Hungry,” and “We Are All Prostitutes” make you genuinely uncomfortable as Stewart growls and rants uncomfortable truths over an avant-garde medley of chaos that is the music. Yet afterwards you realize that you’ve just experienced a call to arms of sorts. The Pop Group was a musical Occupy Wall Street way ahead of its time.

Forward to 2015 and the band’s third album, Citizen Zombie, recorded because progress and human rights have taken a backseat to militarism, corporate greed and hate and that pisses Mark Stewart off. This is his way of fighting back. Citizen Zombie is actually more accessible musically than anything previously released by The Pop Group. “Mad Truth” has a disco beat, “Nowhere Girl” has a poppy ambient feel, and “S.O.P.H.I.A” is a dance track. Many of the tracks have infectious melodies and catchy refrains. Frankly, much of it sounds like Arcade Fire and this is a good thing. Yet subversion oozes from every pore of this album; every note and every lyric. Except this time, it’s not as blunt and overt; it’s radicalism by stealth. Citizen Zombie is a seemingly gentle bear sniffing the snacks in your palm, before he tears your arm off.

In times of perpetual war, poverty, a shrinking middle class and the greed of the one per cent, albums like Citizen Zombie are important. Or as Stewart put it in a recent interview when told that we no longer live in political times: “Not where I live. We’re engaged. People understand that they’re being fed bullshit and want change.”