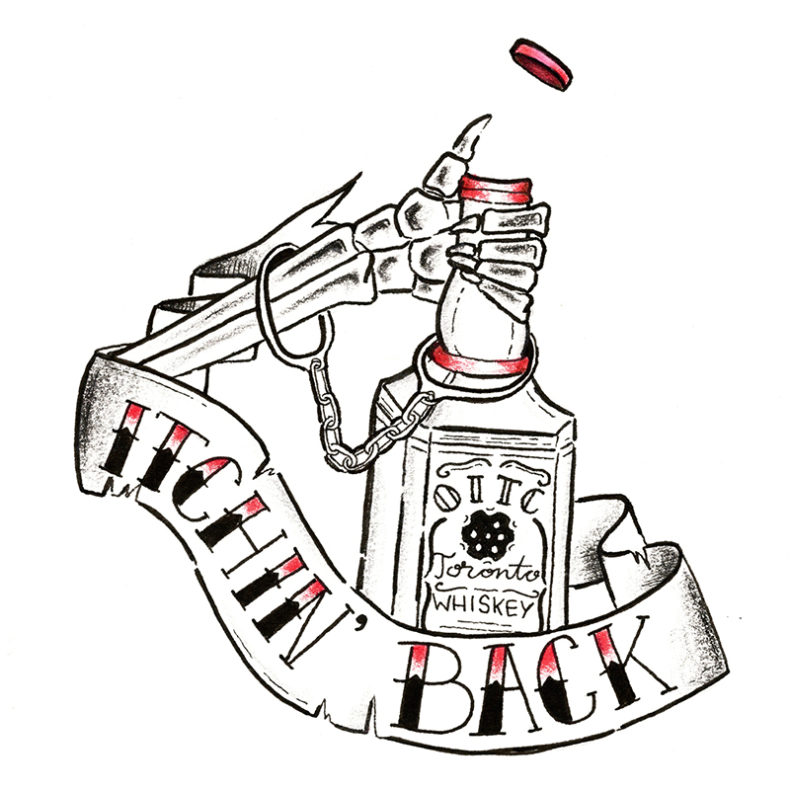 ONE IN THE CHAMBER – “ITCHIN’ BACK”

Having released their debut studio EP, I’ve Got Something To Say…, on September 22nd, 2018, One In The Chamber has been compared to the likes of Led Zeppelin, Mötley Crüe, Soundgarden, The Red Hot Chili Peppers, Queens Of The Stone Age, and Guns N Roses, among others. I’ve Got Something To Say… was named Canadian EP Of 2018 by Canadian Beats and their readers with the music video for “Bills To Pay” being nominated for Rock Video Of The Year as a part of Dropout Entertainment’s Independent Music Video Awards. Now, One In The Chamber has released their second music video ever for “Itchin’ Back”, the closing track off the EP which combines a unique sense of melodic work with a gritty, hard hitting tone that feels unpredictable, exciting, and dangerous. The music video – directed by Diego del Río, produced by del Río, Kathleen Fobert, and One In The Chamber, and edited by Fobert – explores the often internal conflict between chasing one’s passion while balancing regular, conforming responsibilities. It’s a juxtaposing collision which hits all aspiring musicians, but as Bon Scott said best, “It’s a long way to the top if you wanna rock & roll”!

“There is a dangerous sense of liberation in being an artist; it’s a risk not all are willing to take and we wanted to explore that idea, both lyrically and visually, and we couldn’t be more proud with how I’ve Got Something To Say… and “Itchin’ Back” turned out”

SPILL NEW MUSIC strives to keep our readers up-to-date with new releases by your favourite artists, keeping you informed of new album, single, and video releases. Stay tuned -- who knows, you might just discover your new favourite band.
RELATED ARTICLES
i've got something to say...itchin' backnew music

by SPILL NEW MUSIC on April 5, 2020
ONE IN THE CHAMBER – “BLOW” A SPILL EXCLUSIVE VIDEO PREMIERE Since the release of their 2018 debut studio EP, One In The Chamber has been compared to the likes of Guns N’ Roses, Led Zeppelin, Velvet Revolver, Soundgarden, [...]