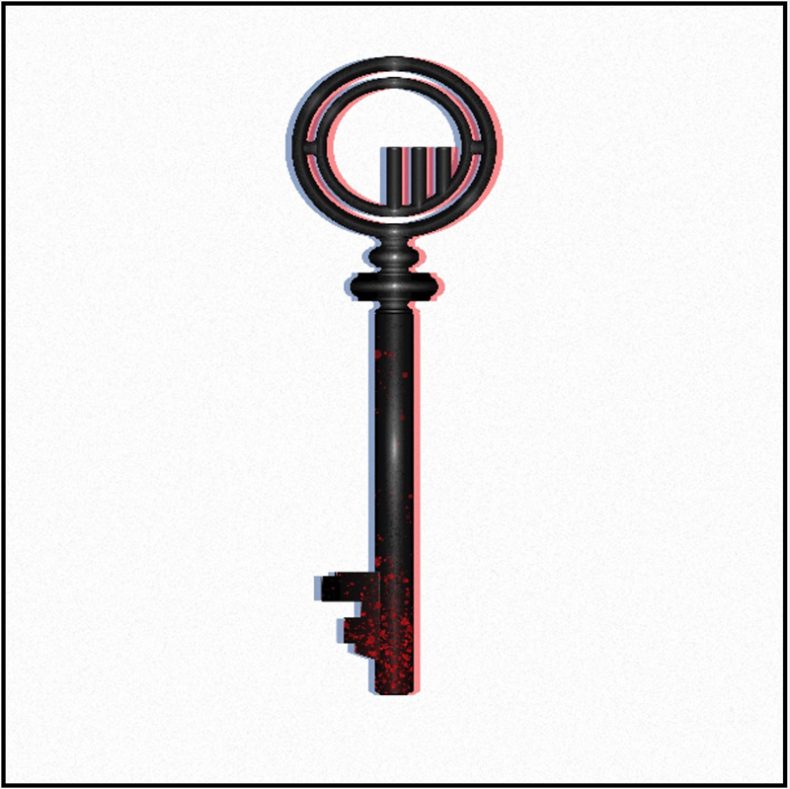 Heaven knows just how much great music flows out to the world from the San Francisco Bay Area – for decades now. Today we are pleased to present you yet another brilliant artist, based out of Oakland. KnightressM1 is a progressive post metal outfit with a strongly harmonious underbelly and strong messages.

The brainchild of brainchild of violinist, vocalist, pianist and composer Emily Palen, the trio formed in 2011 with support from drummer Rob Ahlers (50FOOTWAVE, KrIstin Hersh) and bassist Uriah Duffy (Whitesnake), both of whom played on the studio album.

Their new single ‘Lock & Key’ is the second taster of the band’s debut album ‘Dreams and Devastation’, which drops in late September. Drenched in melody, tightly-interlocked pro instrumentation and vocal intensity, Palen’s vocals are stunning. The music leads through a winding labyrinth of progressive metalcore, weaving a rich tapestry of sound. This music ought to thrill fans of such bands as Architects, Metallica, Queens of the Stone Age, Florence and the Machine, Perfect Circle and Dream Theater.

Recorded at Foo Fighters’ acclaimed Studio 606 near L.A., this album was co-produced by Palen and esteemed producer John “Lou” Lousteau (Foo Fighters, Iggy Pop, Joan Jett). This 12-song collection is an ambitious concept album that explores both the emotional depths of personal transformation and the journey of cosmic awakening.

‘Lock & Key’ is inspired by the current planetary battle for human souls to break free from oppression waged down upon us by the hidden power structures. Ironically, this song became a personal anthem as Palen struggled to break free from domestic violence during the time of the album’s recording, ultimately illuminating that art/music is an unbreakable exit plan from the lethality of relational abuse.

“Recording gave me the courage to end a toxic relationship. It was like living in the sun, then going into the pits of hell.  I trusted myself that I would get out of it, I just had to gather my resolve and courage.  I always saw the truth of the situation but it was the being fully immersed with the recording of this album at 606 that helped me experience who I was, rather than how brutalized I felt in the relationship.   I stepped towards the truth ultimately and broke out of that situation.    Music, art, expression, living in the depth of purpose, is a way to connect with the most powerful part of you.  You will bring forth aspects of yourself that are strong enough to deal with one of the most difficult situations one can go through,” says Emily Palen.

KnightressM1 is the embodiment of musical manifestations, based on the thematic concept of a female galactic warrior, who comes to Earth to bring justice, hunt corruption and restore truth. Within universal language, M1 is code for unity. This is her identifier. Her frequency. KnightressM1 (KM1) is the vessel through which Palen creates and shares her unique contributions to what is more commonly known here on earth as the music industry.

“KM1 is me imagining my whole consciousness in a superhero avatar, a limitless being. A universal example of who we can all be, The power of harmony can break your heart wide open while the powerful rhythm and bass give you the strength to move through that opening. It’s heavily grounded while reaching very high.  As with love and life, you must embrace all aspects of the spectrum to fully embody it,” explains Palen.

“You can’t change anything until you tell the truth about it. Once you expose the pain, the lies and the liar, then you have power. You can become free. You must first have the courage to face it.”

A violinist from the age of four (her mother was a professional cellist and violin/cello teacher), the classically-trained virtuoso has spent her life mastering violin, piano, singing and composition via rigorous training and practice. As a young adult, she began exploring the concept of transmitting consciousness through improvisation. Emily explored this power through sacred solfeggio in the steadfast belief that these specific audio tones have transformative power.

Since releasing her first solo violin improv album ‘Glass ~ Live at Grace Cathedral’ in 2012 and ‘Creation’ a year later, she’s become a sponsored artist with Engl Amps, a crucial part of KM1’s tone, and has played or recorded with Foo Fighters, Eric McFadden and Gretchen Menn, among others, both as a live performer and a compositional recording artist, Earlier, she became a finalist in the ‘My Grammy Moment’ competition and played live with orchestra at the Grammys, conducted by John Paul Jones (Led Zeppelin).

As of August 17, ‘Lock & Key’ will be available across digital outlets such as Apple Music and streaming platforms such as Spotify. The full ‘Dreams and Devastation’ LP is slated for release on September 25.