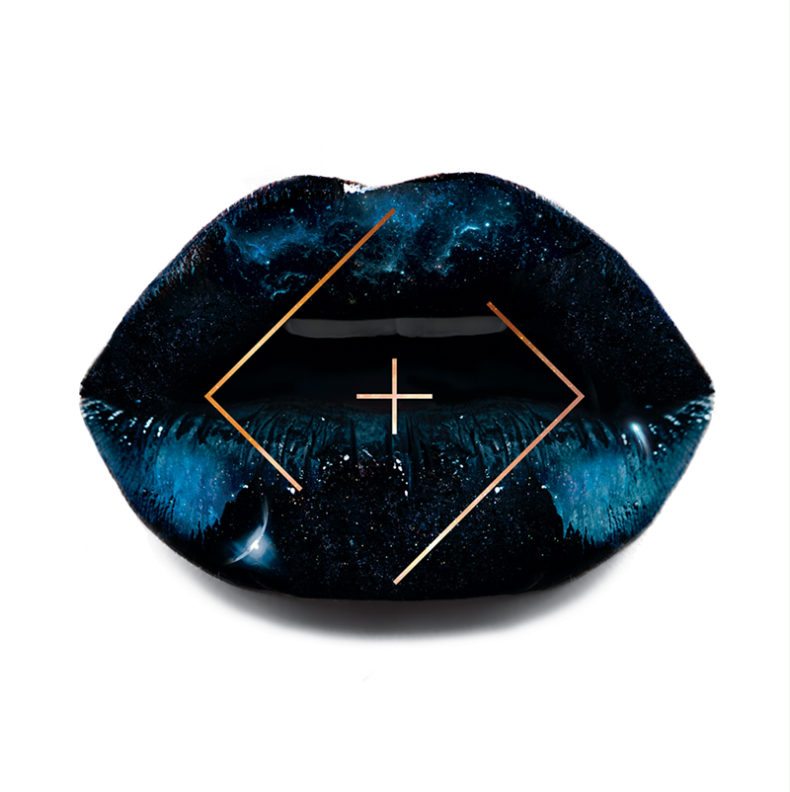 We have an announcement! Our debut album Lucky + Love is slated for release on June 30, 2017 and with support globally from Southern Record Distributors in the UK, this album is being issued digitally and on vinyl, to be available from a record store near you.  Let shop owners know they can order it through SRD!

Our lead single ‘Digging in the Earth’, the video for which was directed and edited by cinemaphotographer and animator Steve Barron.

These 8 electrified tracks were written when bandmates Loren Luck (drums, synths) and April Love (vocals, keyboards, guitar) were living next to a noisy construction site in Glendale, California. Here they successfully incorporate synth-heavy bass with polyphonic harmonies and crystalline vocals, propelling the music into trance-inducing territory.

Inspired by artists such as New Order, OMD, Depeche Mode, Washed Out, Tycho, PJ Harvey and Cocteau Twins, their sound falls beautifully into an everyman’s land between electro rock, dream pop, electronica and synth gaze. Justifiably also described as electrowave or indietronica, this music has, in the words of Loren Luck, “lots of LFO, riveting arpeggiations, simultaneous solos via spacey square waves, with April’s smoky vocals”.

This record is an electronic music record, but comes from a more traditional place, where OMD or Kraftwork came from – one of an unsampled, unprogrammed live recording originally at 192kHz/24-bit quality.

“Musically, as much attention was paid sonically to the organic moog instruments as April’s voice, and we offered the analog synths space in the songs to breathe to their true dynamic potential,” says Loren Luck.

This album came to light through recordings at Eagle Rock’s Cave Studio with Josiah Mazzaschi (Light FM), sessions with sound editor Morgen Stary, and Comp-ny Studio with Grammy winner Be Hussey (Guides). The vinyl release was mastered by Kevin Gray, who most recently engineered the reissue of Vangelis’s Blade Runner.

“My hope is that inviting this record into their life gives listeners some strange rose colored glasses to hear through. The lyrics touch many facets of an abstract philosophy of life – from a spark of physical chemistry between two people in a physical room (Sexy) to the intergalactic forces that spark subtle changes in our entire existence (Taureon), to the gratitude of an unobstructed blue sky (Legal Love), and disdain for a future that pulls us further away from each other (Mars),” explains April Love.

Originally from Silver Lake, California, the band formed in 2014, their name inspired by The Good Luck bar where the two had met in 2006. Several mai tai’s later, Loren started a music label and began playing drums for April’s original band. The two later rented out a warehouse in downtown Los Angeles, built a personal skate ramp, screen printed glow-in-the-dark wedding posters, and launched www.luckyandlove.com. Graphic designers by day, they decided to trade in ball-and-chain laptops forever in favor of playing dirty lo-fi electronica.

LUCKYandLOVE currently write and record in their music studio in Echo Park, California. The band is looking forward to recording new tracks with producer John Fryer (This Mortal Coil, Nine Inch Nails, Cocteau Twins, Love and Rockets, His Name is Alive) with plans to drop more singles later in 2017.

Slated for release on June 30, 2017 and with support globally from Southern Record Distributors, this album is being issued digitally and on vinyl, to be available from a record store near you.

SPILL NEW MUSIC strives to keep our readers up-to-date with new releases by your favourite artists, keeping you informed of new album, single, and video releases. Stay tuned -- who knows, you might just discover your new favourite band.
RELATED ARTICLES
digging in the earthnew music

by SPILL NEW MUSIC on July 11, 2016
Lucky + Love – “Digging In The Earth” A Spill Exclusive Music Premiere Los Angeles based duo Lucky + Love have a brand of dark-electro pop that is in a league of [...]