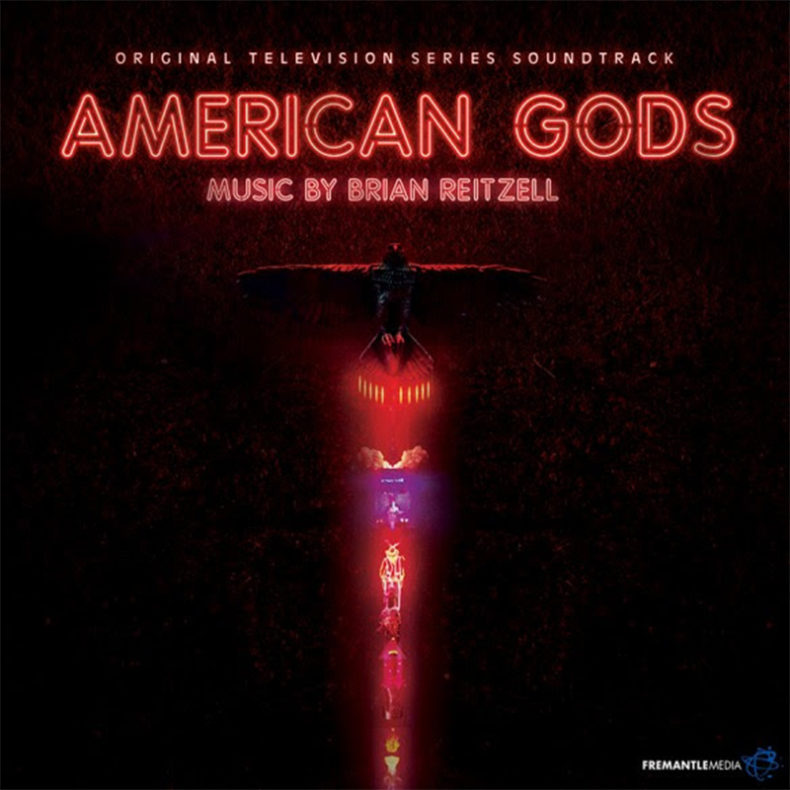 OUT JUNE 16TH VIA MILAN RECORDS + VINYL TO FOLLOW

The score to American Gods was composed by Brian Reitzell (Lost in Translation, Hannibal). As eclectic and mercurial as the beloved subject matter of the series, the music is a perfect companion to the visuals on screen yet stands tall in its own right. Today Pitchfork shared the details about the upcoming soundtrack release set for a June 16th release on Milan Records (with a vinyl and cd edition to follow later in the summer), along with the Shirley Manson (Garbage) collaboration “Queen of the Bored”. Listen on Soundcloud.

The soundtrack also features original songs composed for the series as well as classic covers sung by Mark Lanegan, and Debbie Harry of Blondie. Each week Milan Records is releasing a digital single in conjunction with the airing of new episodes. Similar to Big Little Lies, Game Of Thrones and Stranger Things, American Gods features music front and center as an essential element of the show.

American Gods is an American television series developed by Bryan Fuller and Michael Green for Starz based on the novel of the same name by author Neil Gaiman. The series focuses on Shadow Moon, a man serving three years in prison with only days remaining on his sentence. Shadow is given an unexpected early release after a personal tragedy and finds himself next to a man — or, a deity — named Wednesday. He offers Shadow a job to make his way across America to collect all of the existing old gods in order to confront the New Gods, including Media and Technology.

The first of eight episodes of American Gods Season 1 debuted via Starz on April 30th, 2017 to rave reviews and one million viewers. Check out the American Gods official site or Milan Records for more info.

SPILL NEWS strives to keep our readers up to date with news and events in the music industry. We keep you informed of the most recent information regarding new releases, tour dates, and information items about your favourite artists.
RELATED ARTICLES
debbie harrymark lanegannews
7.0