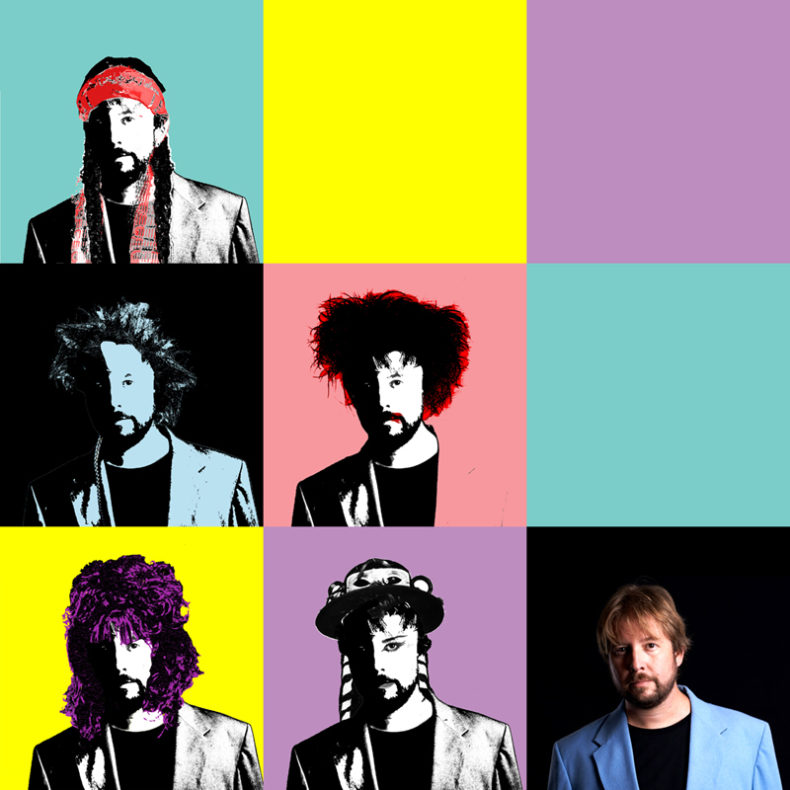 “I was really taken back while learning to play this song,” says Jared Putnam of The March Divide about his cover of the ‘Til Tuesday hit song “Voices Carry.” “The chord changes in no way fit what I think of as a typical pop song. It’s still over my head as to how Aimee Mann was able to even make it work, but it’s perfect.”

San Antonio-based songwriter, Jared Putnam, leader of the sometimes more, but usually one-man pop-rock band, The March Divide, is a prolific songwriter (three albums and four EPs worth over the last few years), but he’s also a studio hound, in general, who loves to be there recording.

As Putnam preps songs for a new album, he has been having some fun recording cover versions of songs that have inspired him, some that are beloved hits, and some that are both. Most of all, they are songs he grew up with.

“I feel like these are the songs that introduced me to music, around the age that I started to care,” he says.

Working with engineer Mike Major (At The Drive-In, Coheed and Cambria), who also plays keys on the majority of the tracks and has been working with Putnam for years, was a comfortable environment in which to have a good time with these tunes.

Artists including The Cure, The Bangles, Willie Nelson, Culture Club, and ‘Til Tuesday get a treatment from Putnam that isn’t ironic, but truly interpretive in the best way, as he takes his style and applies it with the thoughtful touch that makes it clear why we love these songs, and why he does, too.

Adding to the fun, graphic designer Krist Krueger has taken Putnam’s image and created a “covers for the covers,” with each song accompanied by Warholian art depicting Putnam wearing the iconic hairstyle of the artist he’s paying tribute to.

“People might write this off as a rehash, but that honestly didn’t even occur to me until I was finished recording. For me, these songs are endearing. I was a little kid and these songs were on MTV. Everyone loves something about these songs.”