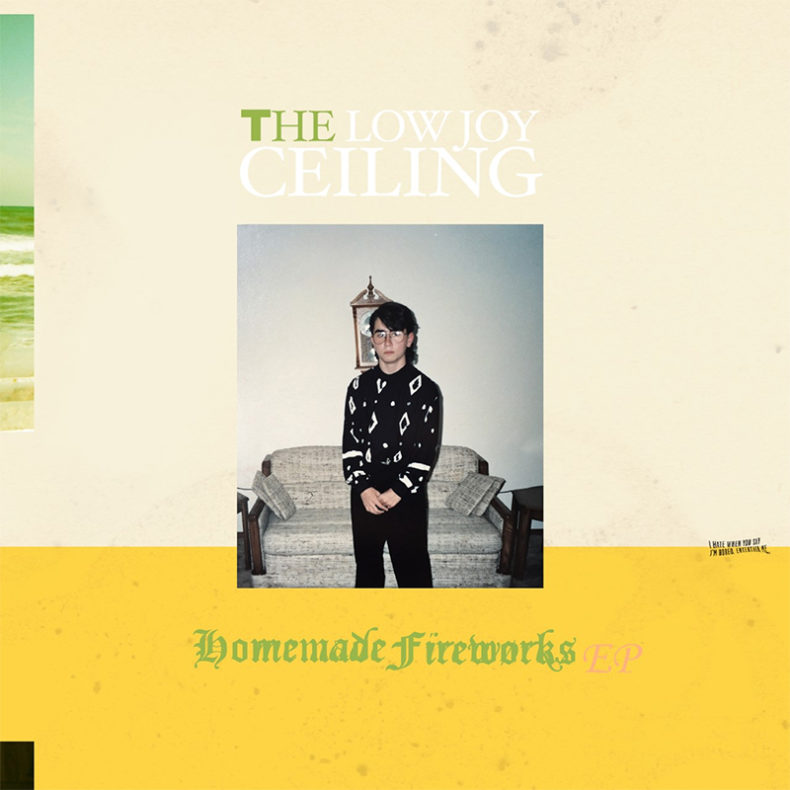 The Low Joy Ceiling is a guitar band from Saskatchewan. The project consists of members from Rah Rah, Library Voices, and Karpinka Brothers. Inspired by the likes of Guided By Voices and The Replacements, the band crafts economical and thoughtful rock songs.

Homemade Fireworks is the projects third release in less than a year, but it marks their first with guitarist Rob Morrison. Morrison has previously produced/mixed recordings for a number of artists including Close Talker and Rah Rah. Following on the heals of their debut Crooked Bangs EP and a split with Surf Dads, Homemade Fireworks continues with the bands sardonic playfulness. The bands’ sound was astutely, and perhaps embarrassingly, described by Exclaim! as “delightful indie rock that doesn’t both with overreaching ambition.”

“We write most of these songs long distance, sending texts and voice memos of lyrics and melodies. When I sent these lyrics to Aaron I had an idea of how the song should sound in my head, which is something I never try to do but without 15 minutes of sending him the words he had nailed it without an input. Aaron is the best. I have an old friend who has always referred to the public bus as a “the boneshaker” and that term has always stuck with me. Lyrically this song is a response to dialogues happening on a number of levels with regard to why live music venues are struggling, why shows start to late, and why more young people aren’t going to see concerts in small venues.”

by Robert Defina on November 6, 2015
Library Voices Lovish Nevado Music If you’ve familiarized yourself with the typical pop melodies of Library Voices, you’ll know that their formula has proven to be fairly limited at times. [...]