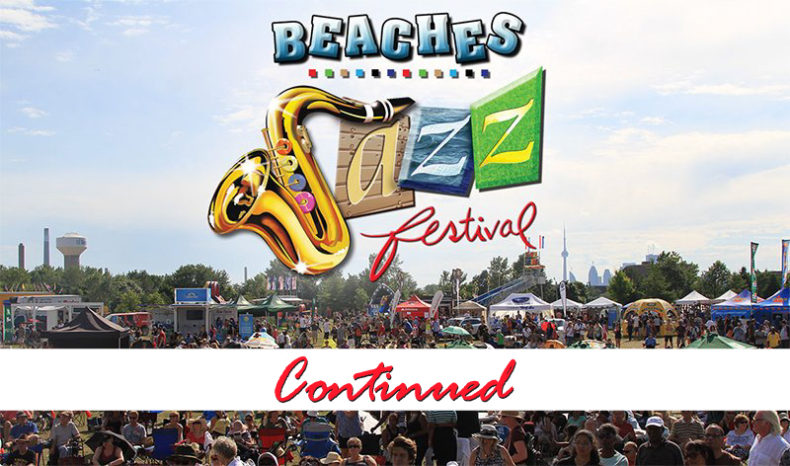 As soon as I got to Jimmie Simpson Park for the last half of Sunday’s performances I knew it was going to be a good time because a very upbeat version of the already upbeat theme song from Fresh Prince Of Bel-Air was being performed by Turbo Street Funk and everyone from the brass section except the tuba player came down to the lawn and played among the audience for a while, people were smiling in a way that made the day feel like a hot Saturday night instead of a gloomy Sunday afternoon.

They played a memorable cover which they jokingly referred to as ‘’Their best career move’’, the song being ‘’Spadina Bus’’ of local jazz fusion legends The Shuffle Demons and told us how they covered it while busking and since word spread around, one of The Demons came by, and upon the knowledge that they did not have an album out yet, he put them in contact with George Koller, a fellow Shuffle Demon, who ended up providing a recording studio and producing their first album, aptly named ‘’To The Street’’, released on 2014. 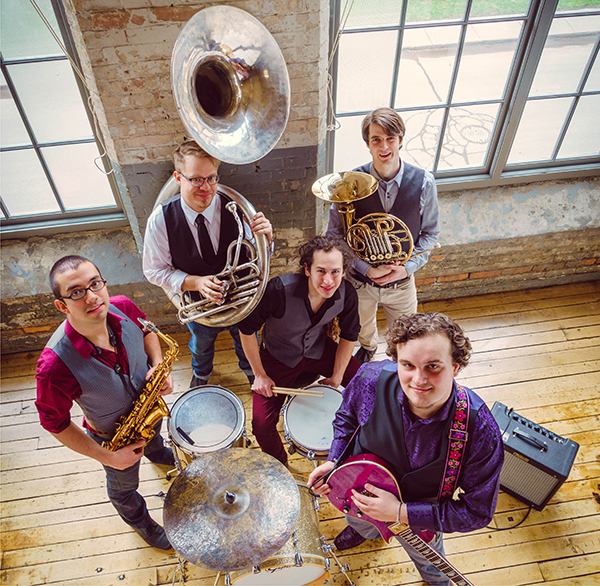 Turbo Street Funk played many genres, with a focus on New Orleans style jazz, evident in songs such as ‘’Never Been To New Orleans’’ which echoes the sentiment of people like me, who, love NOLA but have never been there yet – and their repertoire is so varied that they even performed a version of Goran Bregović and Emir Kusturica’s “Bubamara”. Turbo Street Funk’s most recent record was released last Summer and made it to the top 10 jazz radio charts in Canada, ‘’Not bad for a bunch of punks from the street’’, they joked. I am enchanted by this band, their humour, their talent and their intoxicating energy, they stuck around to sign CDs and merchandise for fans ‘’We are happy to sign things for you because we are street famous after all’’. This band deserves to be more than just street famous and will be touring soon, I wish them all the best and cannot wait to see them again at The Beaches Jazz Festival’s StreetFest on July 27th, 28th and 29th.

Gypsy Sound System Orkestra closed the night and what a grand end it was to the first weekend of the festival, this multicultural band based in Geneva, Switzerland had just arrived from the Montreal Jazz Festival. During set up, as soon as I saw there would be an accordion on stage my heart got happy, and some might find my preferences dubious but I am crazy about banjos and accordions. Even the sound check the keyboardist and drummer made had some of us already grooving, and as soon as they all took the stage we were warned ‘’We’ll try to bring you a kind of Friday night session’’ and that, they did. 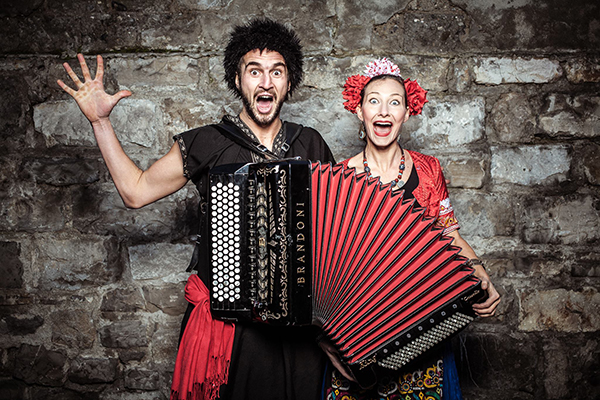 DJ Olga’s deep and melodious voice was sensual and enchanting from the very start and all of a sudden an MC joined in, rapping and giving a fresh twist on what most traditionally might expect from a gypsy band, it was phenomenal to hear dub and hip hop infused into such effervescent gypsy music, creating new energy, and new sounds. There was tarantella, cumbia, ska and swing, all performed with the same passion and dedication. DJ Olga is a gifted scat singer and made us try to emulate her, which lead to many giggles. The keyboard player made a soul wrenching solo that made me think of nostalgic waltzes from the early 1920s.

Ukraina was a beautiful love song to Ukraine, and it clearly gives testament to how diverse the Gypsy Sound System Orkestra is — this tune is all about Latin rhythms and its lyrics are in Spanish but it sings to Ukraine: “Ukraine, the country of my grandmother, the country of my soul…..if you knew I sing your pain” and calls for revolution. No band is apolitical anymore and songs like “Ukraina” are a good example of how music can send a message in subtle, almost subliminal ways.

The unique blend Gypsy Sound System Orkestra does of modern and traditional is the sort of music that lifts one’s spirits in cloudy days and lonely nights and even better: It is the music that you want to party with, the music that inspires impromptu gatherings of friends or even strangers and generates spontaneous celebrations which is exactly what happened on Sunday in Toronto, it all began with two dancers and many of us joined and danced to our heart’s content to the very end of this captivating set.