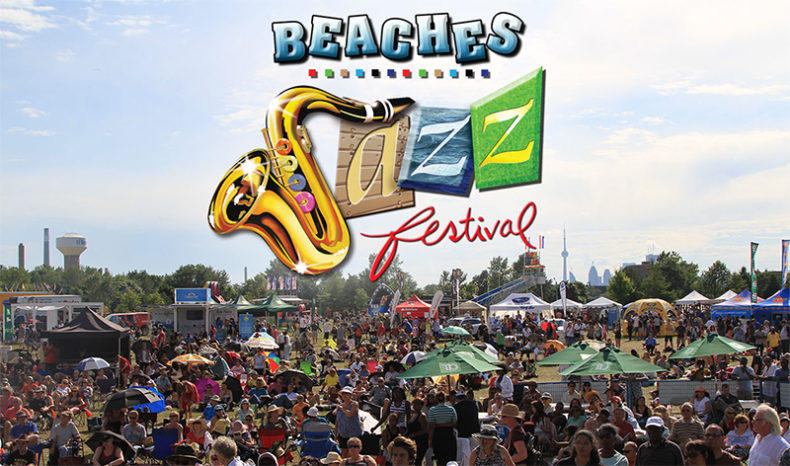 The Beaches International Jazz Festival kicked off its 29th edition with The Happy Pals, and I cannot think of a better band to do so since it is not possible to talk about jazz in Toronto without mentioning them. This New Orleans Party Orchestra led by the great Patrick Tevlin celebrated their 47th year in residency at the legendary Grossman’s Tavern last month where they perform every Saturday. 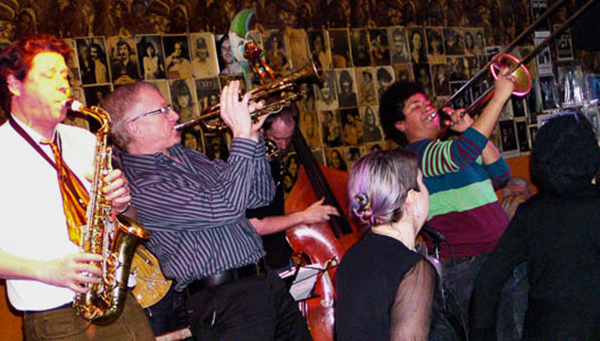 Some of the tunes they played this time at Jimmie Simpson Park were ‘‘Kid Thomas Boogie”, ‘‘Climax Rag’‘, ‘‘Just Because’‘ and in accordance with the great humour and joie de vivre spirit of The Happy Pals, since it was raining they played a lot of songs that had to deal with rain and grey skies, such as ‘‘Rainy Day Woman’‘ and ‘‘You Are My Sunshine’‘. If you missed the chance to catch them during the opening of the Festival, I strongly recommend heading to Grossman’s Tavern on a Saturday afternoon and experiencing their vibrant and uplifting performances. The Happy Pals are auditory happiness and feature some of Toronto’ finest jazz musicians, they are a must watch/hear/dance to band. 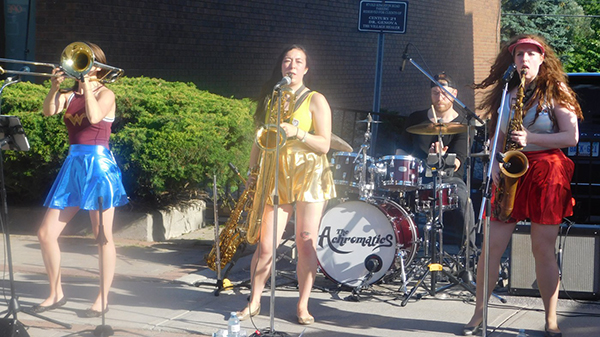 The Achromatics followed with an eclectic set, featuring interesting covers such as The Spice Girls’ ‘‘Stop’‘ and ‘‘Turn the Beat Around’‘ which is a disco era song first performed by Vicki Sue Robinson and brought back to popularity decades later by Cuban superstar Gloria Estefan. The Achromatics got political with an anti colonialism song about Montezuma which featured a chilling introduction of flute and percussion and keyboards reminiscent of the late Ray Manzarek of The Doors. The Achromatics are releasing an album this fall and played several originals, showing that this band has a very promising future and I am eager to keep warm this fall with their hot music once their album is launched. Rain or shine, The Beaches International Jazz Festival will be filled with great music, eclecticism, multiculturalism and all of the wonderful things that help us build community through art.

The Happy Pals at Grossman’s: