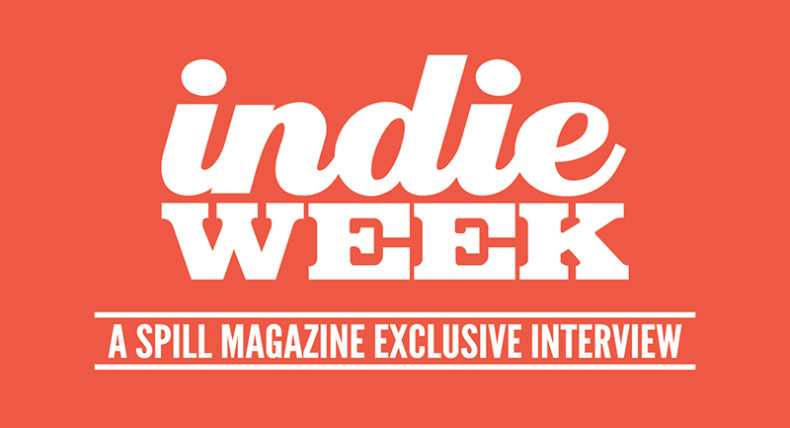 WE’VE ALWAYS BEEN GEARED TOWARDS THE ARTISTS

While most do not know Darryl Hurs by name, those who are active members of Toronto’s musical community — musicians and supporters of the scene — are more than familiar with his contributions to Canadian culture. As the founder of Indie Week, Hurs has supported a countless amount of the city’s venues and artists since the festival’s inception in 2003, making him and his team an invaluable asset in the quest for making Toronto a music city.

The fifteenth annual Indie Week festival will take place between November 6 and 11 of this year and will be booking over 300 artists at over 25 venues. Artists are encouraged to send in their applications now for one of the city’s biggest and most artist-centred festivals. While Indie Week has its roots deep in Toronto’s vast music scene, Hurs has only seen things grow from there. In the last few years, Indie Week has grown to be one of the only — if not the only — non-touring international festivals in the world. For a handful of years, the festival has also taken place in the UK, originally in Ireland and currently in Manchester. Aside from the media and accolades surrounding performing at an international festival where the festivals are joint, and where Indie Week sponsors stages at other major festivals, it allows for artists to connect with different geographical markets that they would otherwise never have the opportunity to.

‘It’s all about the artists . . . If there were no artists, there would be no festival,’ Hurs tells me. ‘We are always trying to make sure that our festival supports artists and the local scene as much as we can.’ His take and appreciation for artists and music is refreshing, especially when you consider how long Hurs has been a part of the business end of the industry. ‘If a band can come and make a connection and that leads to the next part of their career, or just gives them a leg up, that’s what we are about.’ Hurs walks a thin line between enabling artists with great opportunities, while on the other side working tirelessly to ensure that they fill out each venue that night, and he does so quite successfully.

Where Hurs is so artist-centred in his ethos as a promoter, I couldn’t help but ask him what he thought about Toronto’s music scene and the recent string of venue closures that plagued the first quarter of 2017. Hurs thinks that the scene, no matter what genre, needs more support from everyone, but that it must start with the artists involved. ‘It’s not surprising . . . I know what it’s like to try and fill a room seven nights a week: It’s difficult. I’ve said it before; the first onus falls on the artists and the music industry. If you’re going to a show, bring a friend, put bodies in the room . . . I get it, the economic landscape has changed, but if every musician went out one night a week, we have the numbers to really push the local scene forward.’ He goes on to explain how diverse the musical culture of Toronto is and how he really believes it has the potential to become a musical capital of the world similar to New York, Nashville, and Los Angeles. It will just take a combined effort. While Indie Week only runs once a year, Hurs also books showcases throughout the year to further support artists and venues on the road towards Indie Week as he and his team continue to allow for the festival to grow; ultimately allowing for the infrastructure surrounding the music scene to follow suit.

A passion for music has always been a part of Gerrod’s life. As a young boy, he was raised on a steady diet of the music from The Chili Peppers, Aerosmith, The Stones, Prince, and others from his mum. Raised in the GTA, Gerrod continued to foster his love for music by attending a wide range of concerts and learning the drums. His unapologetic passion for music has no bounds and has spread to a wide variety of styles, whether it be the 90’s rock that sound tracked his teenage years, the jazz he studied in university, or his newfound love for hip-hop. He recently received his bachelors in music and education from York University and is passionate about writing and reviewing good (and less than good) music. Gerrod is also the drummer and songwriter for a Toronto based rock & roll band, One In The Chamber.
RELATED ARTICLES
darryl hursfeaturesindie week