SPILL FEATURE: THE NICEST, HARDEST-WORKING NARCISSISTS YOU’LL EVER MEET – A CONVERSATION WITH THE DREAMBOATS 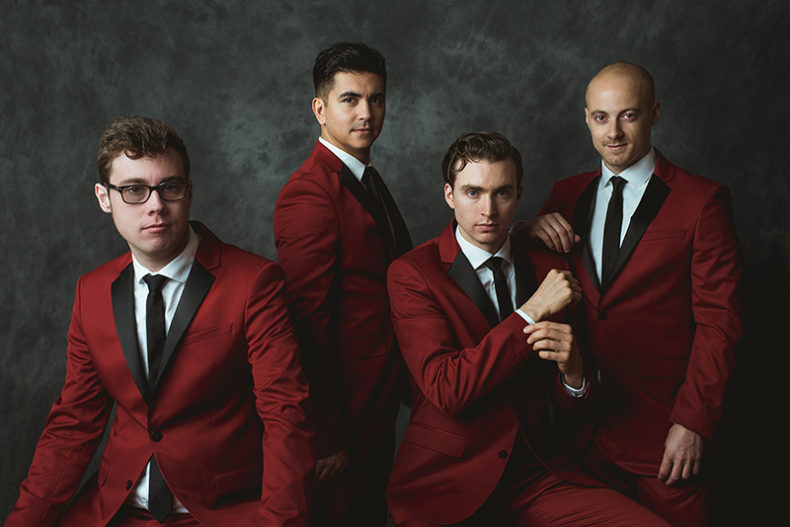 A CONVERSATION WITH THE DREAMBOATS

The Dreamboats are Sir Ritchie Hummins (lead vocals, guitar); Fliggers B. Lewis (lead vocals, bass); Matt Best (lead guitar, vocals); and Johnny G. Wiz (drums, vocals). They formed about nine years ago and have been playing ever since. I attempted to interview all four at once recently, and sometimes I did lose track of who was talking, so I will make every attempt to attribute the correct quote to the correct person. But in all the fun, and it was a fun interview, if something gets lost. Blame me, not The Dreamboats.

Describing The Dreamboat sound is a bit difficult. They are pre psychedelic rock and roll, and yet they are not purist. They do write their own material and utilize current sounds/technology. However, seeing them live is the ticket. They are energetic, fun, tight and talented. These guys know rock and roll and they know how to play it. Even their name harkens back to another time.. 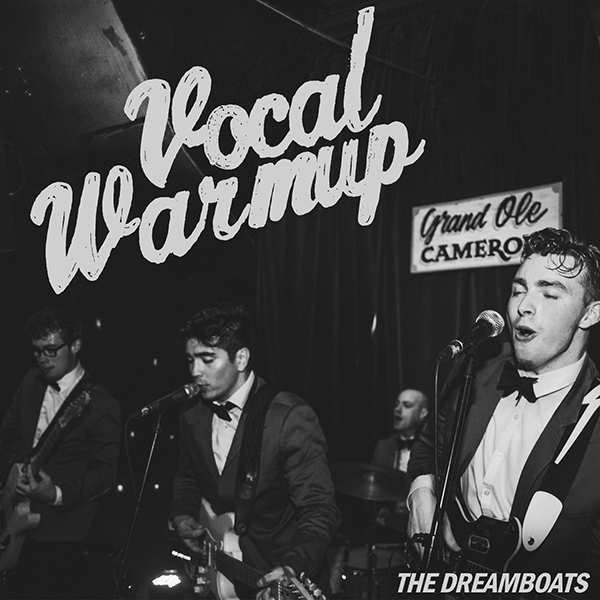 “The Dreamboats, the name? It is because we are all narcissistic,” they all laugh

However the name came about, it fits this band perfectly. When they perform covers, they do become purists. “We hold true to the cover” it is a band mantra. And yet they do write their own music.

“Ritchie and Fliggers come to the table and we finish the song as a group,” says Wiz. “We let things grow organically. One of our goals is that our songs can fit side by side with the classics we love to cover. We inject that energy into our songs. Sometimes we borrow or are influenced by the songs we play and they turn up in our own songs.”

Although the band has issued a single and an E.P., an album is their goal, just not right at the moment.

Says Sir Ritchie Hummins, “An album is a lot of work, we are unsigned and it is tough.”

Wiz agrees, “It is a big financial undertaking. We have started reaching out to labels and it is something we really want to do. We have even thought of who could produce it.”

One of those bands that they admire is The Beatles. In their press release they do describe their music as cavern era Beatles style. And they actually got to play the famed venue.

We played the Cavern in 2015, it was a dream come true. We played a Friday night and Saturday. We went over well and got to play on that iconic stage, just a sea of heads. We even played the famed lunch hour gig,” says the band.

“We have modeled ourselves after The Beatles,” states Wiz.

The band has its share of fans, even if at times they are not sure with whom they are talking with.

But other fans are a little closer to home. 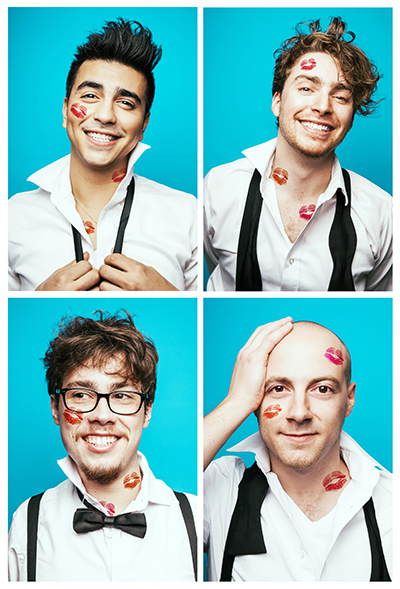 According to Hummins, “Robbie Lane, of Robbie Lane and The Disciples has been a big supporter. He has become a musical mentor of ours.”

Continues Wiz, “Another big supporter of ours is Ronnie Hawkins and his wife Wanda! We’ve hung out and performed at their barn up in Peterborough a few times “Hawkstone Manor”, and Ronnie really loves what we do! He keeps telling us, “Someone needs to give you boys a million dollars”. They even invited us to play at their final party on their property (they just sold the farm). It was an awesome day, he had some big acts performing — we walked in and Jim Cuddy with members of Blue Rodeo were playing on the stage. Then Kris Kristofferson got up and performed! And then Ronnie Hawkins got up and performed with one of his old “backup singers” who was Beverly D’Angelo! Then The Dreamboats got up, it was amazing! Both Robbie Lane and The Hawkins’ really support what we do and kind of see us as the band to “pass the torch” onto. We’re really honoured.”

The band continues to work and play hard. They will be spending some time in California, and then back over to the U.K in the autumn.

But as the band says, “we work hard and want to be available, We want to get our names out there!”

This is a band that loves to play, loves to talk about music (not just their own) and are genuinely nice guys. And they are Rutles fans! This is a band to catch when they come through your town.