SPILL FEATURE: CLAN OF XYMOX WEAVES AN ALLURING WEB OF CREATIVITY IN 2020 – A CONVERSATION WITH RONNY MOORINGS 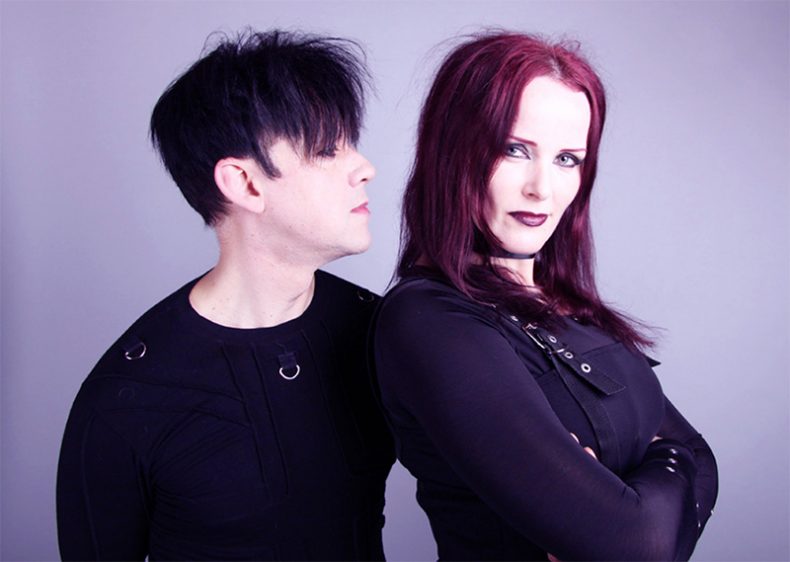 CLAN OF XYMOX WEAVES AN ALLURING WEB OF CREATIVITY IN 2020

A CONVERSATION WITH RONNY MOORINGS

The year 2020 has brought dark days indeed, and with Clan of Xymox’s new album, Spider on the Wall, Ronny Moorings brings to life another set of dark visions for our times. We caught up with Moorings to discuss the new album, his creative life under the ongoing pandemic, and even a bit about his continued youthful appearance.

Spider on the Wall made a powerful initial impression via its double-barreled chart “She” and “Lovers,” both of which sat atop the German Alternative charts in the no. 1 position for weeks. In a year dominated by darkness, such shining successes are that much more rewarding for Moorings. “Yes, two times no. 1 for weeks on end is not bad,” he muses. “The third single reached ‘only’ no. 2. It was a bit disappointing, but you cannot expect to be no. 1 always,” he adds, with a smile emoticon to indicate how disappointed he actually wasn’t.

It’s tempting to think that the shadowy tableaux that is Spider on the Wall might have been written with the events of this year in mind, but with only a couple of notable exceptions, Moorings insists that that’s not the case. “I started working on this album last year 2019,” he says. “My starting point was “Black Mirror”,  which was actually written for Days of Black, but wasn’t finished at the time.

“All the songs came to me very quickly,” he continues. “It was already a few years ago [since] I wrote the last album, Days of Black, in 2017, so I felt very inspired. It was almost as if these songs were ‘boiled up’ inside of me waiting to come out. In a matter of two months the entire album was written.”

But even in the wake of completing the album, the circumstances that unfolded with the COVID-19 pandemic around the time of the first single’s release meant dealing with it musically all but inevitable. “I wrote one instrumental with my 8-year-old daughter, called “COVID-19”, and another one just after that, “Dystopia” for the third single, “All I Ever Know”. … “Dystopia” is about our daily lives as we lead it during the lockdown. The “COVID-19” piece has the televangelist Kenneth Copeland and Trump as these insane ‘leaders’ praying and uttering sheer nonsense about this pandemic. It is more of a piss-take than anything else. [I also] finished another B-side to be included in the release of the fourth EP, Spider on the Wall. It is also influenced by these dire times. The title is “How Long?”. 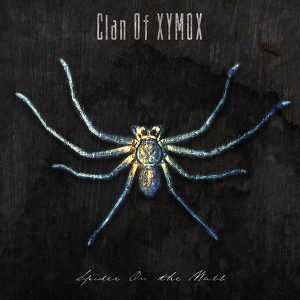 PURCHASE SPIDER ON THE WALL VIA BANDCAMP

Though a sold-out U.S. tour in March had to be abandoned on a moment’s notice, Moorings and company haven’t exactly rested on their laurels. Amid the album, the videos, and the subsequent accompanying EPs, this has been a stunning year of creativity for Clan of Xymox. Fans have taken notice, and Moorings himself is pleased that he has been able to turn the downside of an international event like a pandemic and turn it to the good.

“All in all, I am very happy with the result and with the feedback I got,” Moorings says of the album. “So far it seems that our fans like it very much, too. Also, the artwork is great. Again, [Xymox bassist and Mooring’s partner] Mojca did the artwork for the album. The first single, “She”, came out in February 2020 just before the pandemic hit Europe and the USA. … It came with a video directed by Zoe Kavanagh in Ireland. In retrospect, this video perfectly fitted in the later lockdown feel all over the world.”

A second video, for the single “Lovers”, which features Mojca, has garnered great response due to its touching honesty, focusing on the obvious subject of Mooring’s own affection. “The lyric is about the reflection of how you met your partner, in this case, Mojca — that’s why she’s featured in the video,” Moorings explains. “It is some sort of ‘ode’ to her. It just came like that because I already had some pictures in my head when I wrote the song. A love song. I know a lot of people wrote me how they liked the honesty of the video. That is exactly what I wanted to achieve.”

Moorings has continued, like most of us, to cope with this year’s events in stride as best he can. “I did a remix for Lesson Seven which was released in July,” he says. “I spent quality time at home. Tried to catch up with a lot of things waiting to be done but never had the time for it. We just have been on holiday, pretending things are ‘normal’ again until you check in with a facial mask into a hotel.”

If there’s a note of optimism in all of this, it’s that after 16 albums and countless shows, Moorings and Clan of Xymox know that they have an enthusiastic following just waiting for them to get back on the road so they can once again revel in the glory of that sweet sadness that the band’s sound, while always remaining fresh and new, delivers so consistently. It’s that constant that, Moorings feels, may account for Xymox’s continued success. “My guess is that Clan of Xymox never really repeats itself,” he says. “The feel of melancholy however is always there. That might appeal to our fans.”

We had to ask one last question of Moorings, who has been fronting Clan of Xymox since the early 1980s: How can it be that he has hardly aged at all? Surely, it’s not a Dorian Gray-style Faustian pact? “Well, if I look back, then I see I changed a lot,” he says. “I have the skin of my mother and the one and only wrinkle near my mouth from my dad. I moisture when my skin feels dry — that’s all.”

Karl J. Paloucek has a writing bio that's long and interesting, and a music bio that's even longer. Trust him.
RELATED ARTICLES
clan of xymoxfeaturesmetropolis
2.5