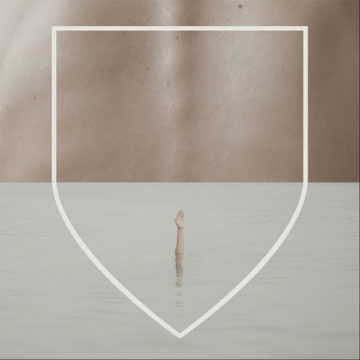 Reuben & The Dark
Arms Of A Dream
Arts & Crafts

Anybody a bit more familiar with Calgary’s Ruben & The Dark has known them so far as just yet another set of indie folkies, albeit with the leader Reuben Bullock possessing an excellent voice that seemed open to more varied musical capabilities.

So, exploring these capabilities is exactly one of the strengths of the band’s sophomore effort Arms of a Dream. And it is not the only one. The three producers that worked on the album, along with Reuben and the band, have come up with some extraordinary arrangements, with the opener “Wild Life” reminding us what really good baroque pop should sound like.

Reuben & The Dark do not forget their folky side here as in the more ballad-oriented “Heart in Two”, with Reuben’s vocals shining here, on “Hurricane”, but also throughout the album. While the material is exceedingly high in quality throughout the album, there are two glitches – “Hallelujah” (no, not that one) has a gospel concept that is maybe overused and “Castaway” is simply not so remarkable as the rest of the album.

As can be sensed from the title, the album has a concept that deals with, as the artist put it themselves: “an intimate exploration of the inversion of imagination and reality in dreams.” To that effect, Reuben’s lyrics serve the purpose well, something you get after you prepare your songs almost three years before you record them.

Although it was probably not the intention, Arms of a Dream by its musical concept and execution might recall the Hozier boom of few years back. Hopefully, Reuben & The Dark will not simply disappear too.

Here's what we think...
Spill Rating
Fan Rating
Rate Here
New Criteria
10
8.3
8.0
Total Spill Rating
8.3
Total Fan Rating
1 rating
You have rated this
Album Reviews
album reviewsall or nothingarms of a dreamarts & craftshurricanereuben & the dark
album reviews, all or nothing, arms of a dream, arts & crafts, hurricane, reuben & the dark
About the Author
Ljubinko Zivkovic

Formerly a lot of things, including a journalist and a translator, currently a freelance writer living in The Netherlands.
RELATED ARTICLES
album reviewsarms of a dreamarts & crafts
7.0