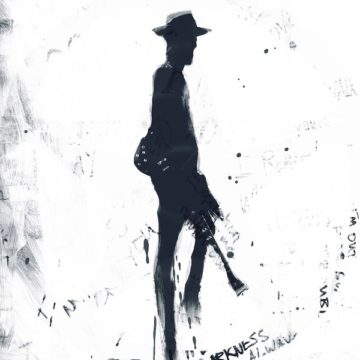 Few artists can evoke the excitement on stage and in the studio as Gary Clark Jr. does as he continues to redefine the forms which both the blues and pop music can take on. His latest album, This Land, is no exception as it takes the listener further and far deeper down the incredibly unique stylistic path which Clark has pursued since his grand debut.

Opening with the seething title track and lead single, “This Land”, Clark explores the African American reality in the current political climate of his home state of Texas and the country as a whole. While not necessarily a protest song, it’s a cultural landmark set to a dark groove, crisp guitar work, and a truly distinct guitar solo. The powerful track sets the tone perfectly with Clark’s bluesy vocals and guitar work blending seamlessly with hip-hop beats and modern synths; unlike his previous albums, very few songs on This Land can safely fit into either the blues or pop categories. Songs like “Pearl Cadillac” and “Feed The Babies” are comparable to the work of Prince in a sense that they capture a classic soul vibe that is adorned flawlessly with slick guitar work and a sense of modern ingenuity while “Gotta Get Into Something” sounds like if Chuck Berry jammed with The Stooges. Quite interestingly, however, Clark sounds inspired by hip-hop throughout much of This Land as he performs on top of tight beats but this truly comes to fruition on both “Feelin’ Like A Million” – which sees crunching riffs collide with reggae inspired hip-hop – the funky “Got To Get Up”, and the jaw dropping instrumental track, “Highway 71”.

All that being said, Clark is a blues musician. While he may be charting completely unexplored territory across a record that is creatively brilliant, there is nothing like hearing him groove on the blues. From the hard hitting crunch of “I Walk Alone”, the upbeat and triumphant groove of “What About Us”, and the acoustic blues of “The Governor” are simply unparalleled. This is especially apparent on “Low Down Rolling Stone”, an intense and gritty slow burner that is perfectly in tone with Clark’s previous hits, and further so on “Dirty Dishes Blues”, a traditional blues track which sounds like it was pulled straight from the 1920’s that feels far more intimate than anything else on the album.

In short, This Land is a modern masterpiece. Clark sounds and feels completely uninhibited throughout This Land, an album which is highly experimental with an underlying feeling of danger as Clark takes countless risks as a songwriter and performer to deliver a record that is largely unpredictable. As a result, This Land is a stunning seventeen track release which, on top of traditional blues and pop, incorporates elements of rock, hip-hop, funk, punk, and reggae music; however it is when Clark seamlessly fuses pop and the blues together when he is at his most sophisticated and innovative. I’ve said it countless times before, but This Land only further affirms it, nobody plays guitar, and now nobody writes like Gary Clark Jr. Once again, Clark has managed to surpass any and all expectations with what very well could be the most important record of the year.

A passion for music has always been a part of Gerrod’s life. As a young boy, he was raised on a steady diet of the music from The Chili Peppers, Aerosmith, The Stones, Prince, and others from his mum. Raised in the GTA, Gerrod continued to foster his love for music by attending a wide range of concerts and learning the drums. His unapologetic passion for music has no bounds and has spread to a wide variety of styles, whether it be the 90’s rock that sound tracked his teenage years, the jazz he studied in university, or his newfound love for hip-hop. He recently received his bachelors in music and education from York University and is passionate about writing and reviewing good (and less than good) music. Gerrod is also the drummer and songwriter for a Toronto based rock & roll band, One In The Chamber.
RELATED ARTICLES
album reviewalbum reviewsgary clark jr.
9.0