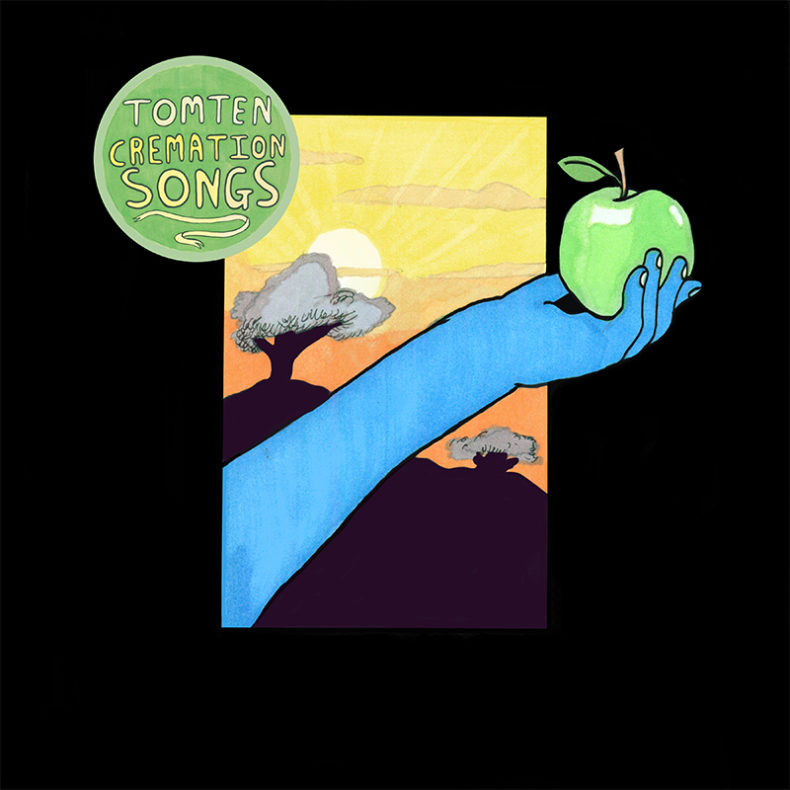 Tomten is a Baroque Pop trio based out of Seattle, WA. The group consists of Brian Noyes-Watkins (Keyboards, Guitar, and Vocals) Jake Brady (Drums), and Dillon Sturtevant (Bass). The group’s piano driven sound often incorporates the use of mellotron, synthesizer, and wurlitzer, with a rotating ensemble of guests appearing on record. Tomten first began with original line up of Brian Noyes-Watkins, Lena Simon (La Luz, Kairos), Gregg Belisle-Chi, and Jake Brady in 2010. Their debut LP Wednesday’s Children was released in 2012 on Flat Field Records. Recorded on an old 16-track Tascam in a small Seward Park studio over the course of July the year prior, Wednesday’s Children is a keen plate-reverbed excursion over a soundbed of Leslie organs, Rhodes, chiming guitars, and 3-part harmonies. Following a week of shows in Reykjavik, Iceland and a US tour, the group began work on their sophomore effort The Farewell Party. Noyes-Watkins, Simon, and Brady travelled to Sacramento, and San Francisco, CA to record with engineer producer Jason Quever ( Papercuts, Beach House, Cass McCombs). The Farewell Party was released summer of 2014 on Versicolor Records with another US tour to follow. Throughout 2015 and 2016 the band remained quiet, and slowly writing the songs that would become their newest LP Cremation Songs. The band recorded the bulk of the album at The Unknown, previously a church and now a recording studio and staple of Pacific Northwest music in Anacortes, WA. Cremation Songs was produced by Tomten and longtime engineer/collaborator Andy Meyer. Cremation Songs will be released on LP/CD/Digital by Noyes-Watkins’ and Sturtevant’s own imprint Plume Records July 7, 2017.

“I first thought of the name Cremation Songs as a bit of a joke to poke fun at our previous record The Farewell Party. It later dawned on me that it fit the songs well, seeing as most are vaguely about death in some way or another, excluding ‘First Song of Spring’ and ‘Mette’s Tune.’ I just hope our next record doesn’t mark the Born Again / Embracing a Cult phase. For the artwork, I became obsessed with drawing extended arms (usually blue) posing inside of little boxes. I did a few versions: a hand drowning in the sea, another with a crystal ball, one juggling a rainbow. I settled on the apple/applecore because I liked the idea of having a sunrise/sunset theme on the jacket. I’m hoping to complete a collection of 20 or so to release in a booklet for a limited edition of the record.” ~Brian Noyes-Watkins