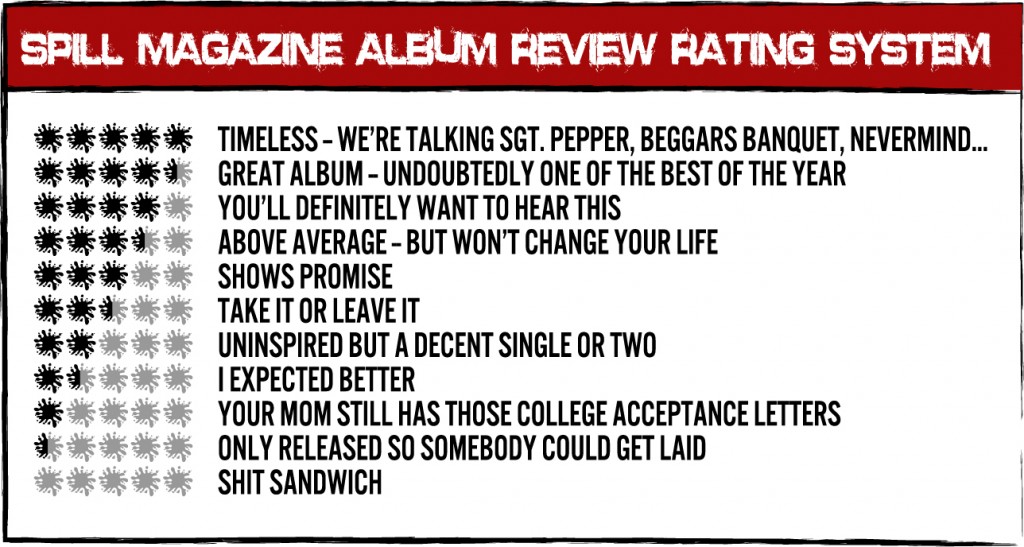 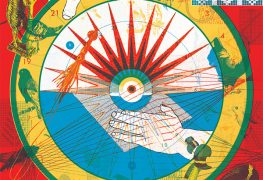 Editor Pick
Plants And Animals The Jungle Secret City Records Hailing from Montreal, indie rock trio Plants and Animals has released their fifth studio album, The Jungle, an eight-track collection of songs that showcase the breadth of the band’s sonic abilities, and a willingness towards some experimentation that, despite its [...]
61
by Dan Kennard
8.0 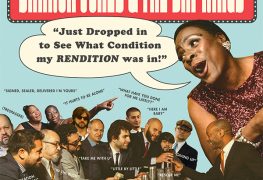 Sharon Jones & The Dap-Kings Just Dropped In (To See What Condition My Rendition Was In) Daptone Records After passing away following a battle with cancer in 2016, Sharon Jones and her backing band, The Dap Kings, left behind a legacy of classic soul made for the 2000s. Having released her final album, Soul Of [...]
34
by Gerrod Harris
8.0 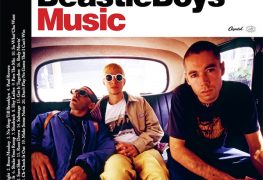 Beastie Boys Beastie Boys Music Universal Music The last two years have seen a revival of interest in the Beastie Boys. Starting with their 2018 memoir and one of the best music books you’ll find, Beastie Boys Book, the group has since reunited with longtime music video director Spike Jonze to document their [...]
72
by Gerrod Harris
8.0 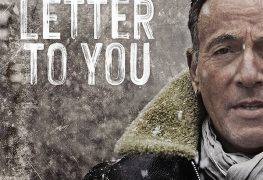 Bruce Springsteen Letter To You Sony Music Bruce Springsteen has returned with Letter To You, his 20th studio album, and follow-up to his 2019 dive into the Americana music of the 1970s on Western Stars. The album also marks Springsteen’s first performance with the E Street Band since The River 2016 tour. Recorded [...]
75
by Gerrod Harris
10 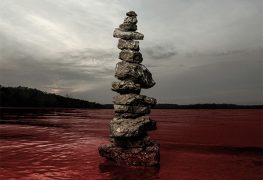 Editor Pick
Sevendust Blood & Stone Rise Records Atlanta-based Sevendust has released their 13th studio album, Blood & Stone. There is a little bit of a heavier vibe on this record, but they stay true to their sound. They put the hammer down with “Dying to Live” which goes back and forth between killer guitar shreds [...]
96
by Melinda Welsh
9.0 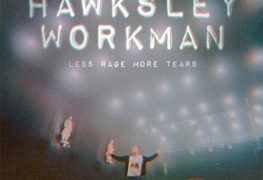 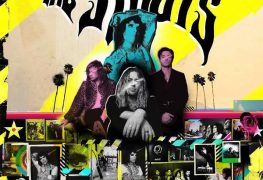 The Struts Strange Days Universal Music Critically acclaimed and fan favourites The Struts have returned with their latest album. Written and recorded with the band couch crashing at producer Jon Levine’s home studio during the pandemic, the appropriately-titled Strange Days follows their strong 2018 sophomore [...]
20
by Gerrod Harris
8.0 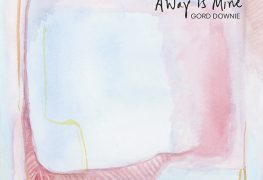 Gord Downie Away Is Mine Arts & Crafts Traditionally, The Tragically Hip fans, over the past thirty-plus years, have become accustomed to hearing new material from the band every few years, including solo and side projects. In the spirit of once again seeing an old friend, this blanket of comfort brings [...]
79
by John Graham
10 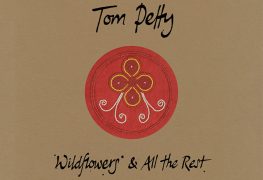 Editor Pick
Tom Petty Wildflowers & All The Rest Warner Records Three years ago, shortly before commencing his fortieth, and tragically his final tour, Tom Petty announced that his seminal 1994 album, Wildflowers, had an entire second half, written and recorded during the same sessions that he was hoping to release in the [...]
33
by Gerrod Harris
7.0 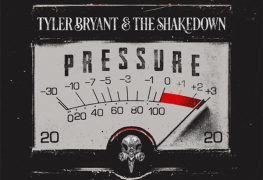 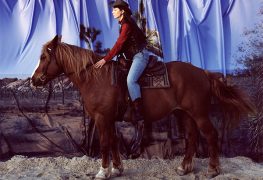 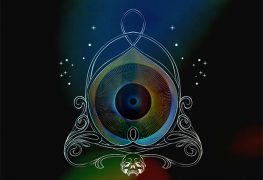 Editor Pick
Black Sugar Transmission Dream Finisher Independent Three full albums in a year is an amazing achievement for any artist, and to have left the best for last is almost as remarkable. Andee Blacksugar is usually classed as post punk or electro pop, but this artist has a great affection for Motörhead, and in this [...]
104
by Mark Craster-Chambers
9.0 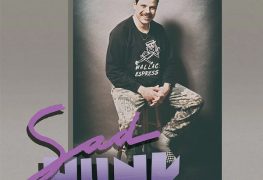 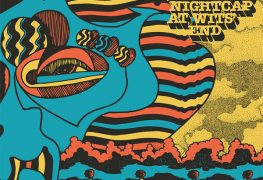 Editor Pick
Garcia Peoples Nightcap At Wits’ End Beyond Beyond Is Beyond Have you been hiding all those faves you have from the psych/prog era, particularly those that have folkish tendencies and vocal harmonies that do not overtly show off their instrumental prowess, but focus on playing some fascinating music? You can [...]
144
by Ljubinko Zivkovic
10 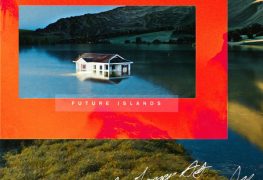 Editor Pick
Future Islands As Long As You Are 4AD Nearly three years after releasing The Far Field (2017) and six years after their breakout album Singles (2014), Future Islands have returned with another beautiful new wave synth-pop album called As Long As You Are (2020). While their career as a band took its biggest leap [...]
132
by Dan Kennard
10 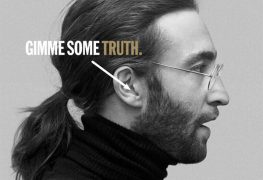 Editor Pick
John Lennon Gimme Some Truth. The Ultimate Mixes Apple/Universal Music Today, October 9, 2020, John Lennon would have turned 80, and perhaps the best way to celebrate his birthday is to release a retrospective of his music. Gimme Some Truth. The Ultimate Mixes, is a welcome addition to the current catalogue of [...]
383
by Aaron Badgley
9.0 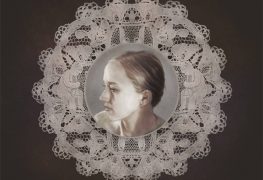 Editor Pick
Anne Malin Waiting Song Independent How does a combination of Cowboy Junkies and Coco Rosie, both at their most imaginative, sound to you? If the answer to that question is an emphatic yes, then Waiting Song, the second album from Anne Malin, is for you. The duo of Anne Malin Ringwalt and William Johnson create [...]
28
by Ljubinko Zivkovic
8.0 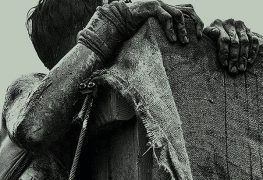 METZ Atlas Vending Sub Pop Records “I woke up to hear the dial tone/And the sound gets stuck between my teeth”, utters Alex Edkins in “Pulse”,  the opening track of Atlas Vending, the long-awaited fourth full-length from METZ. Those words, along with Hayden Menzies pulsing bass drum, create a blare that you can [...]
47
by Jacob Vandergeer
10 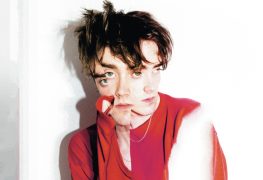 Editor Pick
Lupin Lupin Grand Jury Music After two triumphant LP’s as frontman for the indie outfit out of Minneapolis, Hippo Campus’s Jake Luppen is now launching his own solo career under the name Lupin. His self-titled debut is beautiful in a bizarre way –you will seldom find an album with more sounds and feelings. [...]
252
by Tucker Judkins
9.0 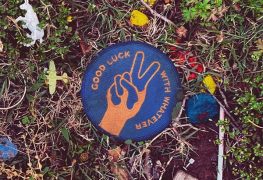 Editor Pick
Dawes Good Luck With Whatever Rounder Records Recorded in Nashville under the guidance of six-time Grammy-winner Dave Cobb, veteran rock band Dawes returns with their seventh album, Good Luck With Whatever, a 9-track collection of mellow, story-driven piano rock that explores themes of adulthood and change and [...]
105
by Dan Kennard
10 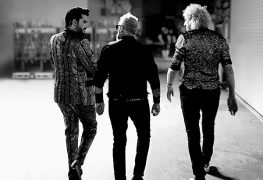 Editor Pick
Queen + Adam Lambert Live Around the World EMI Records Queen and Adam Lambert have been touring around the World in recent years, and have put together a live album highlighting some of their shows. Live Around The World leads with the energetic “Tear It Up”. Lambert’s strong vocals make him the perfect [...]
1452
by Melinda Welsh
9.0 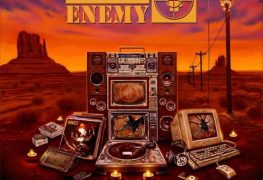 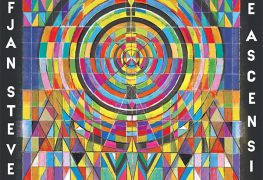 Editor Pick
Sufjan Stevens The Ascension Asthmatic Kitty It is hard to believe, but it has been five years since Sufjan Stevens released a ‘conventional’ studio album. That doesn’t mean he has not been busy, because he has.  The Ascension is a return to form for Stevens. It is a complex album that takes the listener on a [...]
57
by Aaron Badgley
9.0 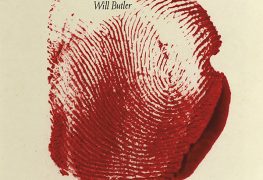 Editor Pick
Will Butler Generations Merge Records Will Butler is a busy man. It’s been five years since the release of his solo debut album Policy (2015), but in between he also released Friday Night (2016), an energetic live album, and as a member of Arcade Fire he helped record and release the stellar Everything Now in [...]
84
by Dan Kennard
LOAD MORE
End of the line!