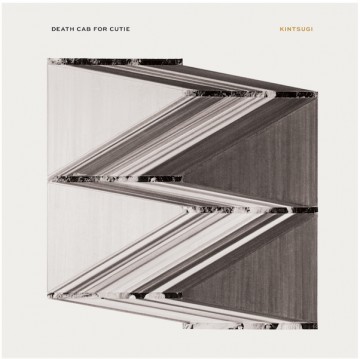 Kintsugi, the latest work from American group Death Cab For Cutie, is titled after a Japanese form of art involving fixing broken pottery where breakage and repair is not hidden but is acknowledged and treated as part of the object’s history. It is fitting that during the production of their eighth studio album, founding member Chris Walla declared he was leaving the band to pursue other music projects.

Apart from the Kool and the Gang’s “Celebration”-like opening on “Good Help (is So Hard to Find),” the album is not surprisingly downbeat, given singer Ben Gibbard’s divorce a few years back and the departure of Walla.

Overall the album is incredibly melodic, mature sounding and more cohesive in nature compared to the 2011 release Codes and Keys. “Black Sun” is a catchy tune and deserved to be the album’s first single.

The final track, “Binary Sea,” is a haunting piece to finish the album and ends with the lyric, “There is something brilliant bound to happen here.” I guess only time will tell for Death Cab For Cutie. After all, they sing that there is hope within despair.

An educator who also tries to introduce others to great music. It's a never ending job.
RELATED ARTICLES
album reviewsdeath cab for cutie
8.0