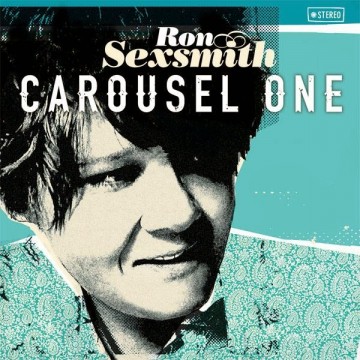 Ron Sexsmith is a great songwriter and his newest album Carousel One is full of lyrical highlights.

The album, which was produced by Jim Scott (Wilco, Red Hot Chili Peppers, Foo Fighters), is Sexsmith’s first since 2013’s more acoustic Forever Endeavour. The man who is often pegged as a downbeat balladeer has found himself in surprising new territory – he’s contented, according to the press release. And you can hear it in this collection of 14 new songs and two bonus tracks. “I didn’t realize until we were putting the songs together for Carousel One that this would be more outgoing; there’s a lot more humour,” Sexsmith says in a statement. “I mean, there’s even a smiling picture on the cover, which I’ve never had before. I just hope it doesn’t scare the children.”

Carousel One has a 1970s feel, which makes it very easy to listen to. According to his press release, Sexsmith was, in fact, inspired by 1970s albums from artists such as Phoebe Snow and Gerry Rafferty.

On the slower side, “All Our Tomorrows” is a beautiful song with gorgeous pedal steel and amazing lyrics like “All our tomorrows/ And all of our yesterdays/ Were days we had to borrow/ What has already been repaid.” Sexsmith’s songwriting also shines on the track “No One,” with lines like, “I’m gonna leave my worries down by the riverside/ Where my guardian angel resides/ He says I’m the losing kind/ Well takes one to know one.”

The use of the Hammond B3 organ is a nice touch, and between the music that fits each song perfectly, the strong writing, Sexsmith’s distinctive voice, and the mix of more upbeat and slower songs, Carousel One is an album fans will be playing often.