Features
3
316
previous article
SPILL FEATURE: RESISTANCE - A CONVERSATION WITH DERRICK MAY
next article
SPILL TRACK OF THE DAY: SHACK 25 - "LIGHT A CANDLE" 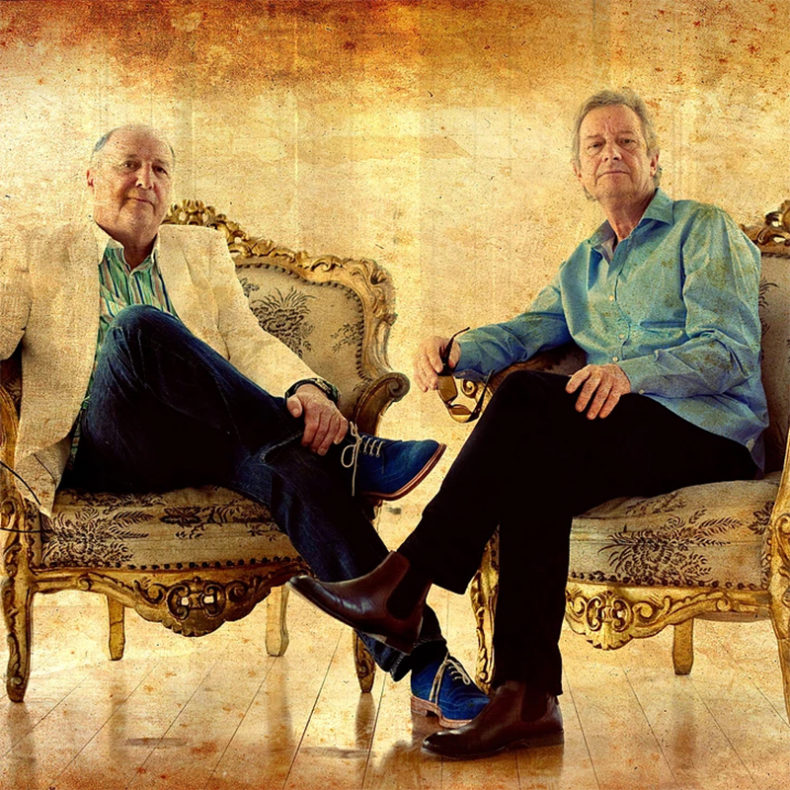 A CONVERSATION WITH CLIVE BAYLEY OF MABEL GREER’S TOYSHOP

In the history of rock, there are a few stories that are just too odd to be fiction. Mabel Greer’s Toyshop is one of those stories. Their history could only be true, because no one could make this one up.

In 1966, Clive Bayley (vocals/guitar/composer), Robert Hagger (drums) and Paul Rutledge (bass) formed a band in London, named Mabel Greer’s Toyshop. This psychedelic band performed in and around London and started making a name for itself.

“Very much psychedelic,” agrees Clive Bayley during a recent conversation. “This was an incredibly creative and artistic time in rock music and everyone was trying something different. I never played the same thing twice, which really annoyed Peter (Banks).  The rest of the guys would just say ‘he’s off on one again’. It was incredible.”

Around this time, other bands came to the attention of the members of Mabel Greer’s Toyshop. One band was Syn, featuring Chris Squire, whom Hagger had previously met. Squire was invited to join the band, replacing Rutledge. Peter Banks, also in Syn, soon jumped ship and joined Mabel Greer’s Toyshop. The band did several gigs, recorded a session for the B.B.C (John Peel’s show) but after Jon Anderson came into the fold, the band shifted. In May 1968, the band changed their name to Yes. Bayley and Hagger left the band, and for Bayley the world of music.

“When I left the band, I knew Yes was going to be big. It was obvious. After that I purposely did not touch a guitar for ten years.” 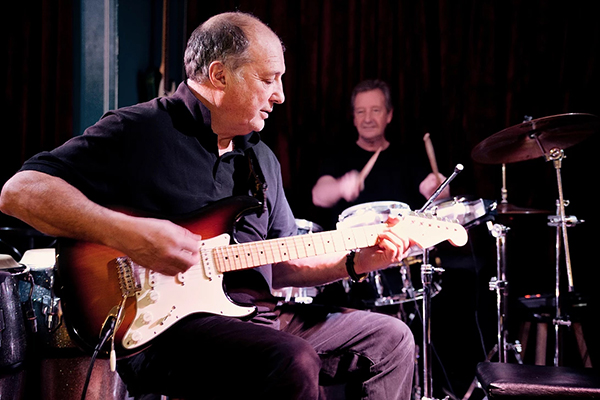 Yet Bayley, who has a keen interest in all kinds of music, drifted back into the world of music in a slightly unique manner.

“I really loved classical Indian music, and from that I expanded into Persian classical. This led me back to the acoustic guitar to start playing and writing again. I like creating new things.”

But again, he was not looking to do much with his playing, as he had a ‘day job’. But then Hagger got in touch with him through Facebook.

“Apparently he had been looking for me for a few years, but he kept spelling my last name wrong, I spell it with a ‘y’, not an ‘i’, but he eventually found me and I was living at Nice at the time, and it turned out he lived in Nice too. This is after Peter died. We arranged to meet up and, remember, I have not seen him for 45 years. Yet when he walked into the restaurant I knew it was him right away.”

“So we started mucking about with guitar and drums and we thought ‘this is all right’, so we went into a studio in Nice. We got hold of Hugo (Barre) a music teacher and brilliant musician, and Alex Karen who played guitar on the first album. I took some of the older songs we never issued and wrote some new ones, I like to write new music. I am more interested in new music and not going back. Having said that, revisiting these older songs was a joy to do as well.” 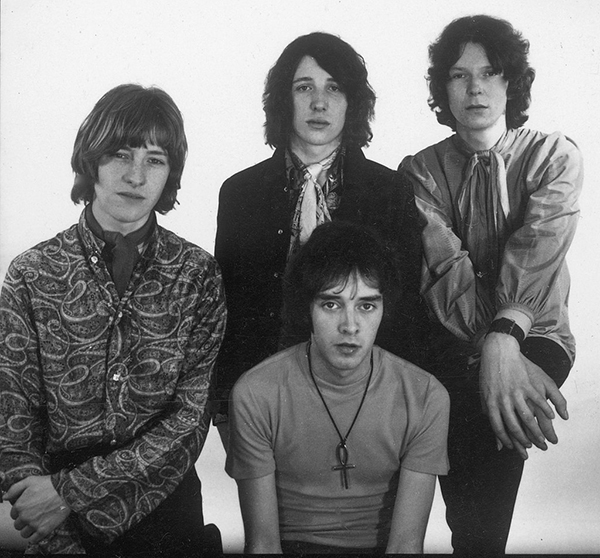 Now in 2017, they are back with a brand-new album, The Secret. Some member changes have occurred, but the nucleus of the band is Bayley, Hagger and Barre. Max Hunt helps out on keyboards and on one track, Banks plays guitar.

““The Secret”, that was really weird. Peter Banks’s estate contacted me and offered me some of Peter’s stuff and asked if I could write a song around it. Lots of scraps of tapes so not much to work with. I sat at an old piano, came up with a melody. I sent it to Max, ‘can you play this?’, so he put it down and I started working in the guitar. I wrote the lyrics with Peter in mind. It took a while to do it. It was strange because we had recorded eight songs and this became the ninth. Everything worked out. When we put the album together we added some sound and segue ways. Everything, every sound, on that album is meant to be there, everything has a reason and purpose.”

Turning Peter Banks’s guitar into a song was not the only challenge facing Bayley and the band.

Two songs on the album (“Lover’s Fire” and “Image of Existence”) utilize poems by Dr. Javad Nurbakhsh (Dr. Nurbakhsh, a psychiatrist, was Master of the Nimatullahi Sufi Order from 1953 until 2008).

“I have been to Iran several times and I am very interested in Persian culture and music. I read this poem (for “Image of Existence”), and the music just popped out. I played the tune of an acoustic guitar, and it can be difficult. You have to sing the lyrics in a very odd way, because it is a poem, the timing of the lyrics is very different. I get into a mood, look at the lyrics and get into a meditative state, well almost,” says Bayley. 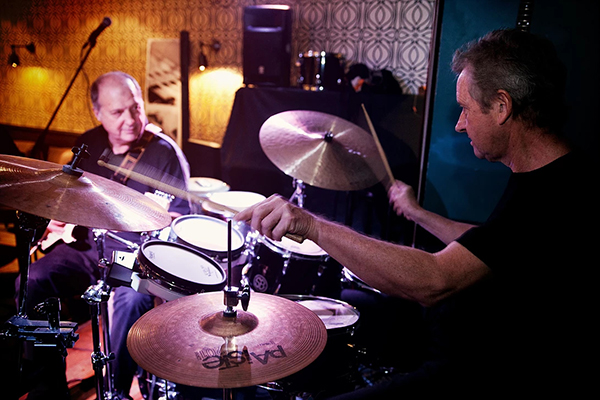 The Secret is an incredible album, full of strong, thoughtful and meaningful songs, expertly played by a band with talent, skill and a very unique history. Unlike their debut album, The Secret, is made of entirely new songs.

“A year and a half ago when we recorded the first album, I had some other sons knocking about. So we got the band together, did a rough recording, and Max, our keyboard player took it home to his studio. But you know, I am itching to do another album. Also, I would love to do some live shows.”

“We all lead pretty busy lives, so it is difficult getting everyone together. But we are looking at doing something in the new year. Maybe start with some showcase shows in London. Some of the album may be difficult to play live, but really the songs are written in such a way that they can be stripped down if need be.”

Far too much time has passed for this band, and listening to their radio sessions, one can only imagine the unreleased material that must exist (some has surfaced in box sets and other collections, and all of it is well worth searching out). Given the incredible music on the two albums, I am encouraged to know that Bayley is “itching to get back in the studio.” Mabel Greer’s Toyshop is an incredible band and The Secret is a brilliant album.

Born and raised in Whitby, Aaron discovered music through his love of The Beatles. This led to a career in radio, writing for various publications, and ultimately a radio show about The Beatles (Beatles Universe), which ran for over four years. When not immersed in music, Aaron enjoys spending time with the loves of his life -- his wife Andrea, and daughters Emily and Linda (all of whom have an intense love of music too).
RELATED ARTICLES
clive bayleyfeaturesmabel greer's toyshop