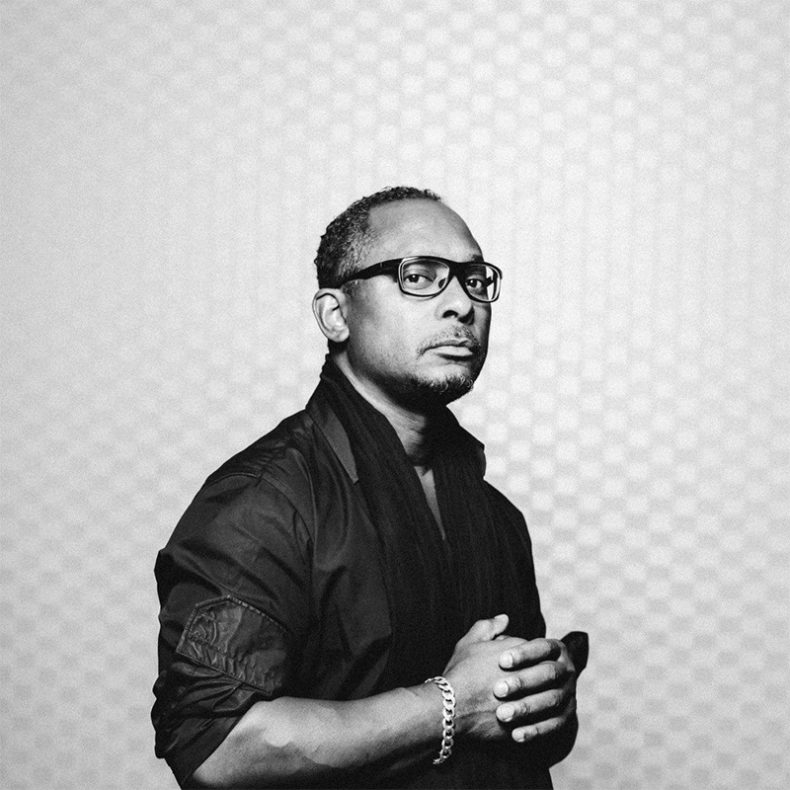 A CONVERSATION WITH DERRICK MAY

It is fitting that Derrick May, one of the godfathers of techno, returns to headline Apollo Inc.’s Resistance Party with Volvox on Friday, December 22, 2017.

“I think that theme resistance (with the Hart Plaza Fist) is a very nice tribute to Detroit’s commitment and dedication to changing the world,” says May. “To me it means that we [Underground Resistance, Belleville Three] made a difference. It means that we have been able to be a part of something bigger than ourselves. Resistance is to be able to believe in yourself and the idea of democracy and not to be influenced by the masses or swayed by someone else’s idea of what is right through pressure or intimidation. Unfortunately, I never thought I would be saying this but the American audience is sometimes ignorant while European audiences are much more clued in.”

This Friday, audience members remain hopeful that May will deliver another classic two and a half hour set as he did at the last Apollo Inc. party in October 2016. “It all depends on the audience. I play according to how the people feel. I wasn’t on any time limit last time I played. Transmat Records is currently signing on new artists and we are looking forward to a bunch of new releases in 2018. If the crowd and energy are right you might catch some of these releases throughout my set.”

In previous interviews, May has cited “Beyond the Dance” as one of his best tracks. “It was a typical creative moment for me”, he says when explaining how the track evolved. “I was feeling melancholy. Most of my music comes from a melancholic moment. My music is motivated from pure emotion and a sign of the times.”

While May remains drawn to the futuristic roots of techno, at the moment he is not making techno music. “Right now I am leaning towards writing modern classical music that is honest to the roots of techno.” But like many DJs and Producers, May cites music as his main inspiration. “I do it for the music. I live for the music. When I no longer feel the music, I will stop.”

Talia Wooldridge is an avid music lover, composer and ethnomusicologist who contributes artist interviews, live concerts, festivals and album reviews for Spill Magazine. She has written extensively on the intersection of music, personal identity and cultural symbolism with an early focus on Latin American Hip Hop and female Cuban rappers. In her spare time, Talia writes, composes music and manages Music Can Heal, a non-profit that brings live, award-winning musicians to inspire healing in hospitals, hospices and communities in need. Her next project is an interactive music-travelogue exploring music cultures and music travel around the globe. Follow her here: www.taliawooldridge.com + www.movetoyourownbeat.com.
RELATED ARTICLES
apollo inc.derrick mayfeatures

by Talia Wooldridge on October 1, 2016
Derrick May @ Apollo Inc., Toronto (secret location) October 1, 2016 Derrick May, another legend, is a prominent Detroit-born DJ and producer with residential ties to [...]